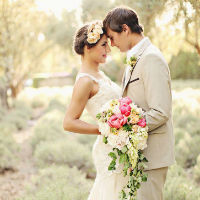 In July of 1968, the world at large thought Pope Paul VI had lost his mind. For in that month he issued his long-awaited encyclical Humanae Vitae , which reiterated the church's age-old ban on every form of contraception. A tidal wave of angry dissent erupted over the pope's decision.   Catholic and non-Catholic alike berated "the celibate old man in the Vatican" for hindering the church's full entry into the modern era.

As we approach the 40 th anniversary of that historic document, I wish to emphasize its importance for our times. As a backdrop for my remarks, I would like to place it in the context of its time. In the same year that Pope Paul issued Humanae Vitae , another Paul - Paul Ehrlich - published a book entitled, The Population Bomb . In that 1968 bestseller, Ehrlich made some stark predictions. For example:

"The battle to feed humanity is over. In the1970s the world will undergo famines...hundreds of millions of people (including Americans) are going to starve to death..."   Fact : Food production worldwide is well ahead of population growth, and obesity now kills 300,000 Americans a year .

"India couldn't possibly feed two hundred million more people by 1980."   Fact : Since 1968 India has doubled its population by half a billion, and is still self-sufficient in food.

Comparing population explosion to a cancerous tumor, Ehrlich prescribed "cutting out the cancer [too many people]" as the only remedy to save humanity. Fact : Today Europe is dying, with most countries barely hovering around 60% replacement levels .

Against this foreboding background, the reaction to Pope Paul's encyclical came as no surprise, even though it only restated what the church has taught for 2,000 years:

"There is an inseparable link between the two meanings of the marriage act: the unitive meaning [ making love ] and the procreative meaning [ making babies ]. This connection was established by God himself, and man is not permitted to break it on his own initiative." (H.V, no. 12)

In Deuteronomy 18:21 we learn how to tell an authentic prophet from a false one: Has the prophecy materialized or not? Judged by that benchmark, Paul Ehrlich is a false prophet. What about Paul VI?

Pope Paul predicted four dire consequences if the use of contraception escalated: 1) increased marital infidelity; 2) a general lowering of morality, especially among the young; 3) husbands viewing their wives as mere sex objects; and 4) governments forcing massive birth control programs on their people.

Forty years later the moral landscape is strewn with the following stark reality: 1) The divorce rate has more than tripled. 2) Sexually transmitted diseases have increased from six to 50. 3) Pornography - especially on the Internet - is a plague, addicting millions annually. 4) Sterilization is forced on women in Third World countries, with China's one-child policy in the vanguard.

In the waning years of his life, St. Augustine wrote his mammoth work, The City of God . According to Augustine, the whole world is comprised of two communities: the City of God and the City of Man. Citizens of each city are determined not by one's birthplace or residence, but rather by the object of one's love: placing the love of God above self, or the love of self above God.

The two cities are still with us. Paul Ehrlich and Paul VI could well serve as icons of each city: enthroning self above God or God above self. In one case, death and darkness prevail - in the other, life and light. Death or life? The choice is ours!

It is for the above reasons that as of January 2008 all couples of childbearing age, preparing for marriage in our diocese, are required to take a full course in Natural Family Planning.

For an amplification of this message, read Marriage: A Communion of Life and Love.

Printed with permission from the Diocese of St. Augustine.