Bioethics
Humanae Vitae
Humanae Vitae: Controversial but Prophetic
Homily delivered by Archbishop of Manila Angel Lagdameo, CBCP President, during the Mass to celebrate the 40th anniversary of the Encyclical Humanae Vitae, on July 9, 2008, at the Manila Cathedral. 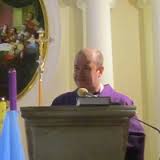