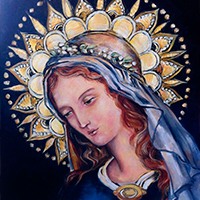 At the beginning of the year, I was surprised by the phone call of my friend, Jose Manuel Canepa, who asked me if I had already read the cover feature of the December 2015 issue of National Geographic.  My reply was negative.  Thus, he suggested I buy the magazine and read the article, since it appeared very interesting and compelling. I spent several days looking for the magazine at different locations of the store.  He directed me to (HEB) without success; I also looked in other commercial chain stores, but the issue was already sold out.  I had to ask for the help of another good friend of mine, Eliud de la Cruz, who is in charge of information technology at the Engineering Company, and my dear friend Ricardo J. Araujo.

Eliud helped me search for the article on the Internet, download the piece, and print it so I could read it carefully and thoroughly, only to find a number of elements that deserved a detailed analysis

In short, the article written by Moureen Orth –to which title I am adding the question mark, presents the most impressive human phenomenon I have ever read about a woman: Mary, born in Israel approximately 20 centuries ago in a small town named Nazareth, who having declared herself “the Lord’s servant” (Lk 1, 38) –being one of the virgins of the temple, later became the Mother of Jesus.  The believers in these truths account for 1,254 million Catholics (including Orthodox Catholics), representing 17.1% of the world population estimated figure of 7,530 million by the end of 2015.

It is very impressive to graphically visualize her apparitions since 1,531 year in which she appeared on the ‘Tepeyacac’ mountain to the indigenous Juan Diego, telling him: “I am the ever perfect Holy Virgin Mary, Mother of the True God, through which you shall live” (NM, 26), to the present day, showing a clear incidence in the last century in the order of 2,000 reported worldwide.

It is worth noting that in the Koran –the Islam’s Sacred Book– the name of Maryam (Mary) is mentioned 34 times, which makes her known by approximately 1,600 million of Muslims in the world; this means that a fair amount of the 2,854 million believers of Father Abraham appeal and ask for her intercession (2 out of 5)!

You and I are part of the human race which covers the face of the earth, as previously noted, in 2015.  This adds up to 7,530 million people of all ages, races, colors, and religions, including those self-declared as non-believers.

You and I were born from a woman fulfilling the natural laws of life which has repeated for millenniums and through countless generations starting with the first woman, the biological mother of all.

You and I through our first experience of life know and feel what maternity is and the indelible traces it has marked on our lives with essential ingredients, such as the pain they endured to give us birth, and the love and care they devoted to us, especially during our early years of existence.

You and I are part of a family, within a specific socio-cultural environment. This environment provided us with key elements which define our personality, and the way in which we interact with others: first those closest to us, and then those more distant.

You and I know and have lived in the flesh, that when something is not going well at home –health, work, problems, etc.– she, our mother, suffers, cries, grieves until the offspring heals or the fact troubling the family is solved.  It is only then that peace returns, and the mother’s face lights up!

In other words, you and I share as an element in common the origin and effects of motherhood, which will extend for as long as the natural laws prevail, and we cannot alter the order in which things are.

And, what is the point of all this? You might ask…

Well, in that same way that Mary, “the most powerful woman in the world”, keeps showing you and me and the whole world –with extraordinary interventions as reported– Her concern, Her care, and Her motherly love, sees that things are not going well with us, the “human family” made up by 194 nations. There is no need to make a list of what is currently problematic to know She understands.

But, why and where does this worry on Her part come from, which maintains her present and acting among us? The reason is that when Her Son Jesus was agonizing, nailed on the cross amidst indescribable torments and sufferings, He looked at Her and exclaimed: “Woman, this is your son”, and then He told John: “This is your mother” (Jn 19: 26-27).

The approved miracles throughout history, and recognized as scientifically inexplicable, attest the reliably of Her extraordinary interventions. According to Michael O’Neill’s web page “miracle-hunter.com”, only “a total of 22 apparitions in history have been investigated, and received the Bishop’s approval.”

Indeed, this surrender of the Mother to the Son as a posthumous heritage that was addressed to John apostle, is now extended to you and me individually, and to all mankind in general. In particular, Our Lady extends this heritage through one of the church’s approved apparitions.  After a rigorous process of observation, evaluation, and reflection– in which She appeared to Ida Peerdeman, in Amsterdam, Holland, for 14 years (between 1945 and 1959), dictated her 56 messages in which She presented Herself as The Lady of All Nations, Advocate (although originally She insisted to be proclaimed as Coredemtrix, Mediatrix, and Advocate).

It is not the point now to relate the history, nor to explain the content of such messages to which you and I have access via the Internet (www.de-vrouwe.info/es ); suffice to say in short that She shows Herself as a profoundly concerned Mother in the world’s affairs that affect all the nations, all the peoples.  Her messages have been validated by an impressive amount of prophecies and predictions that have been fulfilled to the letter; and She invites all people to unite and beseech, through the prayer She Herself pronounced –recently corrected and approved by the Congregation for the Doctrine of the Faith– to implore the extraordinary intervention of Her Divine Son, recalling the phrase: “Do whatever he tells you” (Jn 2, 5).  In this way, she is promising that this prayer shall bring the world true peace. This is the image painted beneath Her directions, and this is the prayer:

LORD JESUS CHRIST, SON OF THE FATHER, SEND NOW YOUR SPIRIT OVER THE EARTH.

IN THE HEARTS OF ALL NATIONS, THAT THEY MAY BE PRESERVED

FROM DEGENERATION, DISASTER AND WAR. MAY THE LADY OF ALL NATIONS,

THE BLESSED VIRGIN MARY, BE OUR ADVOCATE. AMEN