“I hated the idea of studying art or literature.” This was Matías Garmendia, LC´s response to having to spend at least a year studying humanities at the Legion of Christ College in Cheshire, Connecticut. 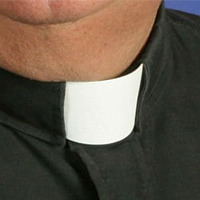 “I hated the idea of studying art or literature.” This was Matías Garmendia, LC´s response to having to spend at least a year studying humanities at the Legion of Christ College in Cheshire, Connecticut. He had no interest in “girly stuff” and no time for “the most useless thing we have in the Legion”—Latin and Greek. Our technocratic and pragmatic western culture is losing its soul—perhaps in many areas it already has. According to some, Legionaries’ insistence on a formation in the humanities has a valuable role to play in the new evangelization and recovery process, in restoring man to man. On the other hand, a skeptical attitude, like Matias’, toward dedicating one or two years to something apparently useless is not uncommon. After all, having read Homer won’t get you a job, and for most people reciting Shakespeare doesn’t put food on the table. Classics scholars aside, the merits of reading ancient Greek don’t even get a grade when it comes to making it in life.

In a way the skepticism is warranted. Teaching art, literature, history and so on is not enough. Pope Francis’ principle of the superiority of time over space and the importance of starting processes speaks directly to the task of educating. There’s a popular adage Pope Francis could very well have quoted in his apostolic exhortation: “Give a man a fish and you feed him for a day; teach a man to fish and you feed him for a lifetime.” So it is not about teaching humanities; it is about forming humanists.

But it is all very nice and well to sit at a desk and plan out education programs and the new evangelization. The question is, “Does it work?” Does the way we teach humanities really have any effect on the overstimulated brains of the internet generation?

Rather than carry out thought experiments, we went to the students to gather some data.

We decided to interview six alumni of the Legionaries of Christ College about their experience. The group included American, Canadian, Brazilian, Argentinian, Italian, and French alumni, both religious and lay. All of them studied at LC College between 2009 and 2012. The questions centered on the take-away value of their studies and whether what they learned makes an impact on lives today and for the future.

Matías Garmendia ended up completing the two-year program. Asked if he would have opted for doing the minimal one year had he been given the chance, “I would have taken it!” he said. But, “I probably wouldn’t have realized what I was going to miss!”

The Legion of Christ College’s program includes Latin and Greek language and literature courses, art history, world history, western literature survey and seminar courses, and core classes in the sciences. The emphasis is on exposure to the great achievements of western civilization, especially art. The location of the college favors frequent visits to museums like the Metropolitan Museum of Art in New York and the Boston Museum of Fine Arts.

Asked whether the program made an impact on his life, Bruno Moreira said it changed his life. It “enlarged my heart. I wouldn’t be anybody without it,” he concludes. Jason Sprinkhuysen, LC, responded, “Today’s world is focused on the moment. We aren’t ha bitually in touch with all of humanity, what makes us who we are, but just with our humanity now in the consumerism of day-to-day life. Studying humanities put me in touch with the thoughts, values, and culture of other times and places. It was a paradigm shift from the limited vision of here and now to an awareness of being part of something greater. And that changed how I see individuals.” Others emphasized how their studies gave them a broader perspective on history and their own lives. “For me [the most valuable thing] was to recognize the greatness of culture and how much man, is a ‘product’ of his time and cultural environment,” says Jerome Dejoie, LC.

“It opened my horizons.” “I think anyone who has studied humanities won’t appreciate it enough till he has the opportunity of realizing by personal experience how important it is. The real gift is the tools for understanding, appreciating and judging the inner richness of man by his most remarkable works,” insists Matías. Thomas White, LC, talked about applying those tools to his own life. “It brought me a little closer to who man is and especially what is in his heart, what really matters to him. It was not an abstract discovery of ‘man’ but a discovery of myself.”

Almost all of the alumni referred to how important a role art played in their journey, especially the monthly trips to museums. It was personal encounters with masterpieces that started to change Matías’ mind about what he was studying. Thomas had a similar experience.

“I found over and over again things which I felt but either couldn’t express and when I saw it, I said to myself, ‘That’s it!’ or which I felt without realizing I felt it, and when I saw it, I said to myself ‘Yeah! You’re right!’” Jason told us how spending time in front of a great artist’s canvas was always the most enriching part of his two years. “I couldn’t have learned to see man the way I do now without those trips,” he said. “We got a small dose of the same experience in music. I didn’t feel I got it in literature then.” Now that he is not studying humanities, reading great literature, he says, is where he continues to explore what makes man man.

Thomas says he is still delving into what he found at the center of man’s heart: desire. “One thing which captivated me is desire. We are already ‘pre-programmed’ for heaven. There is no place it is more evident than in art and literature. All these things which the artist tries to capture, the expression, the beauty, they are echoes from a far off place from which we have been exiled, but which we have never forgotten. Sometimes our exile looks for a second like the paradise that was once ours. It is for those moments that men live and that the artist tries to capture. This is why [humanities are] an excellent tool for apostolate—if in our preaching we can unite desire with truth.”

So what does all of this have to do with the new evangelization? “It is one thing to talk the language of God,” says Nathan Dail, “but in order to speak the language of man we need to have a deep understanding of different cultures and mindsets as expressed through history in order to decipher both and in a sense, translate it into a meaningful message for our contemporaries.” Jerome, from France, notes how studying in another culture led him to clear conclusions: “Not everybody thinks like me because they grew up with a different set of concepts. That doesn’t mean we can’t understand each other but it will probably require more work.” To reach contemporaries, keep in mind that “the 21st century didn’t come up in one day,” he says. “If you want this world to be better you need to know what is bad in it and how it came about.”

When it comes to “girly things” like art and literature, Matías says that now he thinks differently. They teach you to “reflect more, to formulate your feelings. And as apriest,” he says, “that’s important because you understand people more with your heart than with your head.”

Asked if they see their liberal arts studies affecting their lives now, all of the alumni responded in the affirmative. Thomas says he continues to study art and literature on his own and is even writing a novel together with Jerome.

“I don’t watch a movie or listen to a song the same way now. It almost always reflects a part of human culture trying to respond to some human wish or to convey a conviction” says Jerome. And “I can sit down in front of a sunset and contemplate it just as before,” he continues, “but now I realize that something inside of me—that thing that we all have that makes us all able to enjoy a sunset—is so precious. Beyond all the differences there is something that unites all of us and that is what humanity should be working on.

”Matías said his studies planted the “seeds for enjoying what is good and rejecting what is poor quality.” And they affect his prayer, he adds. “It makes you more aware of the goodness and beauty of God.”

When we asked them if they saw any weaknesses in the program, Bruno, who is studying music in Brazil, insisted on openness to a broader range of human experience. “I noticed that because of living in a religious environment and being taught by only religious people from a completely religious point of view, I ended up losing some of the real content of humanities,” he said. “We should not be afraid of asking and even doubting,” he continues. Touching on what Thomas says about desire, he expressed his concern that filtering out what is not a recognized classic limits your understanding of man to what happened a hundred years ago or more. “There is nothing wrong with not finding answers,” he says. “We have to confront who man is today in the cultural, literary, and artistic context of 2015.”

Matías comments on the difference he sees between alumni of other Legionary humanities colleges where the approach is less experiential and his own. “The ones from Salamanca are whizzes in Latin and history, while the ones from Monterey tend more towards literature. The program in Cheshire insists more on ne arts. It’s when all of us get together that you  see who regrets humanities and who doesn’t. I have to say that there are more from Salamanca who regret those years than from Cheshire. And the fact is that Spain has far more opportunities for first-hand experiences than the US,” he points out.

On a personal note, Matías says that if his experience taught him one thing it is the value of being over doing. “There is a deep difference there between knowing and being. The first one will go away as the years pass. The second one, through the years, will increase.” Fortunately for him, he learned the difference. He learned how to fish.