Youth
Virtues
Masculinity and Beauty
The humanities promote manliness and have an important role to play in forming a truly masculine heart. 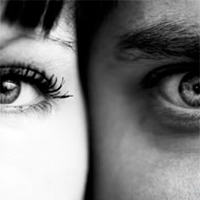 When I was a kid, we did not have a television. Weekly entertainment consisted in walking the twenty minutes down to the local public library with my older sister. A book worm by the age of nine, she quickly infected me with the disease. Our ersatz TV and video games consisted in a backpack full of books every week or so, most of them selected by her. The only down side from my perspective was that the crowd of protagonists I encountered in my childhood was mostly made up of precocious girls who regularly outsmarted their some what pathetic male counterparts in whatever the child action selection of the week happened to be. Every once in a while I found a book on my own about a boy and his dog, but she generally found more interesting stories, so I grew accustomed to heroines. There is nothing wrong with heroines—in fact, I look up to quite a few of them—but we also need masculine role models.

Contemporary western society’s crisis of masculinity, if not universally recognized, is at least a wide-spread topic of debate. Mass media offers a sample of our cultural types. Our models—when they are manly—are the muscular dude with all the babes, the violent in-your-face hero who smashes you to pulp if you stand in his way, and the brilliant, billionaire, Bruce Wayne types who have the money and power to get whatever they want. When they are not reductionist, they are enervated, especially fathers—the traditional and principal role model. Time and again media studies conclude that men and fathers are usually shown to be immature, unhelpful and inept in comparison with other family members 1. The problem is pandemic—sit down to any sitcom and you will regularly see men depicted as objects of derision.

In our post-modern, post-sexual revolution world some and it difficult to discern what it means to be a man and even more difficult to feel comfortable being one. Given this dilemma, what good can come from forcing young men to dedicate time and attention to the fine arts? Telling them they need to experience beauty and focus on feelings will only emphasize the effeminate. Besides, aesthetics have very little to do with manliness anyway, right? The humanities seem mushy. But the fundamental philosophical error of our age is to take division as a start point instead of unity: a sort of simplistic reasoning incapable of embracing complex wholes with contrasting poles. So masculinity is reduced to machismo, money, and power. Forming masculine role models for our time requires saving the whole—harmony of the poles. And the humanities are key for doing just that. Let me explain. Seneca, in his treatise on happiness, made a memorable comparison between virtue and something that has an awful lot to do with beauty—pleasure: Virtue, manliness, has a lot to do with keeping pleasure at a distance, but not necessarily beauty.

Wikipedia (not exactly the font of wisdom, but a good thermometer of the opinion of the age) says that one of masculinity’s principle traits is courage—willingness to defend the good in the face of opposition. Aquinas and Aristotle held courage to be a certain firmness of character necessary for all the virtues. In fact, the word virtue virtues, comes from vir-man. Virtue, moral courage in particular, is the key to manliness. But in order to defend the good, you must see it, and not just part of it. Here is where beauty comes in.

Men experience beauty in a particular way. In his book about the journey to manhood, Fathered by God, John Eldredge claims that to reach manhood one must go through an aesthetic conversion, become a lover. At one point or another, a man’s soul is awakened by beauty. The problem is that any man knows it is something dangerous, so powerful that it can overwhelm, but so vital to his existence that it cannot be ignored. In his ancient epics, Homer has no shortage of heroes, but all of them have an Achilles’ heel. The Achilles’ heel of every man is the existential need—a gaping hole in himself— for what is beautiful. And it is incarnate in woman. Here’s the hazard. Navigating today’s aggressively promiscuous environment as a man is like sailing past the Sirens. You either keep beauty and all of its attraction at a distance by making yourself insensible to it, or you get sucked in so far that you become a slave and destroy yourself and what you love.

Virtus in medio. The problem here is the narrowness of the extremes. If you only experience beauty as body, you are missing most of it. Beauty is more. And there is nothing contrary to manliness in being moved by it. On one of his campaigns, the Persian warrior-king Xerxes was stopped in his tracks by the beauty of a sycamore tree. So much so that he had a replica cast in gold to remember the moment for the rest of his life. King David, a man battle-hardened in hand-to-hand combat, didn’t hesitate to sing and compose poetry.

Appreciation for beauty in all of its forms—from a mountaintop view to Shelley’s “The Cloud” to Bach’s cello suites to the spiritual beauty of a human soul—makes it easier to plot a course between extremes resembling Scylla and Charybdis. On the one hand, it helps to put the beauty of bodies into a broader context. Harmony and order temper the energy in man that could become immanitas, making it humanitas. On the other hand, since beauty unlocks the power of a man’s potential by drawing him toward what is good, studying the humanities can direct that energy by showing that beauty has a hierarchy. At the summit of that hierarchy is the greatest created good: persons. And each of them is a messenger of Beauty Himself.

The humanities promote manliness, not mushiness, and have an important role to play in forming a truly masculine heart. Experiencing beauty in all of its complex and varied forms opens the heart to the whole, offering an opportunity to turn the hazard of an Achilles’ heel into a source of strength. To be a man you have to be a lover. To be a over you must know the beauty and intrinsic value of what you are loving and defending—paramount is the dignity of women and children. Giving and defending life persons, their innocence, their ideals, their hopes and dreams—is what being a man is all about. Real men responding to the whole.