Virtues and Values
Virtues and values - Year 1
Can you overcome the routine?
Can you defeat an enemy so subtle and devastating? 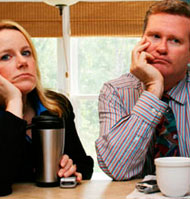 The routine is one of these parasites that are grafted in our life. Advances in silence, with Heavy steps, but ruthless with certainty. Little by little we will gnawing away at the joy and enthusiasm which inject the light to our days. The world that surrounds us is going to overshadow and tired getting sadly and ends. And then is that the frustration and the nuisance invade our interior. Work, Study, relations with the other and…, everything, absolutely everything! we is bitter and tasteless.

Can you defeat an enemy so subtle and devastating?

White Wynd was a man for which all the world was in the four walls that surrounded his house; and, the sky, was its roof. Leaving little of your home. It was more lazy and grew in impatience. Lived angry with yourself and with all others. Any time you bored. His heart was rancid. I remembered their days old as golden days, but that was only that, a dream, a reminder. The man appeared to view other households, but never yours, because his home was no more than a house.

During the breakfast, White Wynd made a comment rare: "this home reminds me of my house". His wife, surprised and he replied that he was at home. The man asked: Where is my house? Then got up and took his hat and his cane. Their children they asked him where he was going; and White Wynd, stated that would go to search your home. "¡these in your house!", told him all feel the same crazy, but he, stubborn came to search your home.

In the interior of White Wynd something happened that morning. Left to travel the world in search of his home. Stretched his eyes forward, covering everything, but never returned the look back. Disappeared in the cities, but then reappeared. He worked in several countries, was Vagabond, worker, sailor, fisherman, but never cleared of their eyes his intention to return. And, finally, in one of his wanderings, ends the story of Chesterton, found what was to search: your home.

The routine itself can be overcome. The solution: is "round the world", as he did on White Wynd. Leaving the "false" that we house paints the terrible disease of the routine. Not looking at past and "pulling" the eyes to find in this large and beautiful that awaits us in the future. This "turn" means going out of ourselves, of our egoism and of our way of seeing things. The "round the world" means work and rest, fight and fail, succeed and lose, lifted and fall, but always with a gaze nailed to a lofty ideal and realistic. For White Wynd was his home, his wife and their five children. The men who live with a goal in life are the fastest out of the routine.

To White Wynd, said Chesterton, happened something in your heart: a volcano, an earthquake, an eclipse, dawn, a flood, a Revelation… and when he was the world at your feet, offered a prayer to his God. This earthquake, this revelation able to fade, weaken the routine is the decision of our freedom. Decision which, accompanied by prayer, will help us to find our house (¡our life!) so often obscured by the routine.