Virtues and Values
Virtues and values - Year 1
A fraud called relativism
Is our dignity relative? 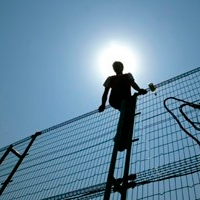