Virtues and Values
Virtues and values - Year 1
To Commit Oneself
Anyone who has never felt the pull that comes with the freedom to bind oneself, has not even sensed the profou nd nature of freedom 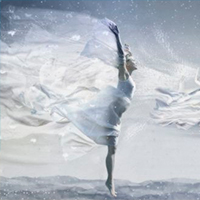 We are living in a time in History where we have seen how great utopias have crumbled. Now, there rather remains an existing unpretentious utopia—as José Antonio Marina says—which had remained dormant, overshadowed by the arrogance of the other. It is the clever utopia. The new humanity feels comfortable in an environment that is a mildly aggressive, tolerant, and in which individuals, released by an unbinding influence of others, are willing to try everything. That which is tragic has been avoided and one navigates with ease in an ingenious affection: funny, uncompromising, and devaluating that which is real.

Our century (the past one), which has possibly been the most bloody and tragic in history, justifies discredit of seriousness, because at the origin of the great tragedies that have touched us there is always someone who has taken something too serious: it could be the race, the nation, the party, or the system. Society rightly distrusts all fanaticism. There is a maximum value, which is freedom, and the rest are procedures to get it. It takes an effort for such society to acknowledge any statement vigorously. It is scared by an overly defined norm. It searches for an uncertain wandering, for good humor. It hates nagging and grumpy tones. An unspoken motto orders us not to take anything seriously, not even ourselves. We have discovered the advantages of emotional anesthesia; we are all amusing; advertising takes a humorous tone; customs are lighthearted; fashions are witty. Nothing escapes the appeal of lightness.

It is true that we must recognize great achievements to this mentality. Among other things, having swept—literally—a whole sample of rather ridiculous and conceited characters. We must acknowledge and thank them for their services.

However, it is easy to prove that this attitude of levity produces ambivalent results: it aims to strengthen the Ego, and it ends, however, by advocating a weak, flat and unsupportive one; instead of exalting creativity, which is what it wanted, it breeds an erratic and passive individual.

The flight from reality makes a person mere spectator of his/her life. The rejection towards commitment gives way to a random spontaneity, by which the individual does whatever he/she wants, that is, whatever comes to mind, that is, an unpredictable occurrence. Equivalences prevent a choice, because although there are plenty of requests, all are equivalent and ephemeral.

To avoid commitment is to avoid reality. Committing is inescapable, because life is full of commitments: commitments at the familial, professional, social, affective, legal levels, and many more. Life means choosing and establishing bonds: anyone trying to keep intact his/her capacity to choose, is not free: the person is a prisoner of his/her indecision.

Saint-Exupéry said that the worth of a person can be measured by the number and quality of bonds. Therefore, although every commitment, at some point in life, is costly and difficult to endure, to loose fear of commitment is the only way to avoid indecisiveness ending up by obliging us. Anyone who has never felt the pull that comes with the freedom to bind oneself, has not even sensed the profound nature of freedom.