Family
Parenting
To Conceive or Make a Child?
Let us not make children to our image. Leave that to God 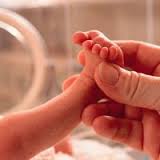 Note: This article was written in July 2002, and today is more effective

In this age of scientific breakthroughs, we have to adapt our language to the changes we go on living.

For example, we have had to get used to the computer and to chickens fattened with hormones; to beautiful fruit, but little flavor; to intercontinental flights and the Internet. There are even terms that will gradually be replaced.

For instance:  until now it was common to say: "The Ramirez will have their first child" or to “How many children do they have?” We used to say things as corny as “the child resembles his/her father "or " has his/her mother's smile.”

But all that is over. The complete discovery of the human genome with all that which it entails of possibilities of intervening on human embryos, requires a change in terminology.

Shortly, we will say, "How many children have the Ramirez made?" or "The Garcias will make their first child." Sure, you can choose the sex of the child, the eye color, hair texture, profile, height, skin tone and many other factors.

We will not need to say the corny "resembles his/her father," because we will not even be sure who he was. We may rather have to say: "Where did you get those eggs?"; "Your son came out great!" "Give me the e-mail address" or "Your genetic engineer is so good. He has made you a beautiful girl, and besides economically.

Watch out, we're not talking about intervening on the genome of a human being to cure diseases, but to choose how we want our son custom-made, because with this discovery we will get to that and more.

Of course, as with everything, there are some problems. For example: what right do I have to replicate Leonardo di Caprio, if it turns out that my son loves basketball and had wanted to be like Michael Jordan? Why did I make a "nerd" if it turns out that he/she likes a hippy life?

Sure, everyone wants for his/her children what he/she did not have, but the child is not to blame. Who am I to mark the fate of a son/daughter, of a human being

Having a child is to receive him/her as nature gives, putting aside, as I said, the fact that it is possible to intervene to cure his/her diseases.

To make a child is, however, to build on a whim, according to my tastes or to the criteria of the moment, with an invincible influence on his/her life that will surely be longer than ours.

And then there is the cloning issue. We make a son/daughter and leave three as replacements if it does not work or if something happens to him/her to fix the tissues. Very good. The trouble is I do not think anyone wants to be a man/woman of parts. I am not exaggerating.

There are people thinking about it. Or, put yourself in another case: mass manufacturing of soldiers, all the same, and made with little intelligence to obey without problems and to make no mistakes.

Construct men as one does with Volkswagens. And we are about to do so and no one can stop it.

But there is another problem: the frozen embryos. Since in vitro fertilization began, it is estimated that for every child born using this technique, about ten to one hundred frozen embryos are waiting a destination.

The embryos are human beings. If they were allowed to develop they would end up being Mr. Lopez and Juan de las Pitas or Salma Hayek, who knows. And I am not talking about horses or dogs, or vegetables.

No, I am talking about human beings because these embryos would not be other than men, humans, and people. The fact is that there are masses of embryos waiting for a fate.

In Great Britain they have already destroyed more than 50,000; in other countries they have decided to use them for scientific experimentation, which recalls the Nazi practice.

In Italy, there are marriages that are adopting them. Each one solves the "problem" according to his/her sensitivity and dose of humanity. But the fact is clear, they are human beings who will be destroyed because they were used to "make babies" and they no longer apply. And we complain about Herod.

There comes to mind a thought of Erich Fromm that appears at the conclusion of his work entitled "Psychoanalysis in contemporary society." He says: "In the nineteenth century, the problem was 'God is dead;” in the twentieth century is this:  “Man has died.” In the nineteenth century inhumanity meant cruelty; in the twentieth century means schizoid self-alienation. The danger of the past was that men became slaves. The danger of the future is that men may become robots. "

The danger of the XXI century is that a human being become a slave and a robot of his/her own parents, who see him/her as property.

We will be able to make many children in mass, copying already existing models and then cutting off the flow of geniuses in the world because Beethoven, Mozart, Leonardo da Vinci, Michelangelo, are unforeseen events, generated in an environment where you would expect anything but a genius.

There is Beethoven, son of a woman with syphilis who already had eight children, three of which are deaf, two are blind, and one is mentally retarded. Today we would advise an abortion. Poor thing. We would not give a dime for that embryo. But you see, nature exceeds expectations of men.

Have you already made a child? There is another offer which is to adopt one of the thousands of babies who have no parents. I know many people that have done so.

In short, the mission of parents is to give a framework, an environment—that of the family—, a complement between masculinity and femininity, in order for a life, that does not belong to the spouses, may develop.

They have duties and rights to upon this life, but they know that, from conception, he/she is a separate, individual being, although it depends on many things from us.

Let us not make children to our image. Let us leave that to God.