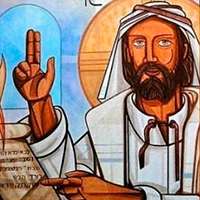 1) Opening prayer
Lord,
increase our eagerness to do your will
and help us to know the saving power of your love.
You live and reign with the Father and the Holy Spirit,
one God, for ever and ever. Amen.


2) Gospel reading - Luke 21,29-33
Jesus told to his disciples a parable, 'Look at the fig tree and indeed every tree. As soon as you see them bud, you can see for yourselves that summer is now near. So with you when you see these things happening: know that the kingdom of God is near.
In truth I tell you, before this generation has passed away all will have taken place. Sky and earth will pass away, but my words will never pass away.

4) Personal questions
• Jesus asks to look at the fig tree to contemplate the phenomena of nature. In my life have I already learnt something contemplating nature?
• Jesus says: “The sky and earth will pass, but my words will not pass”. How do I embody in my life these words of Jesus?

5) Concluding prayer
Lord, how blessed are those who live in your house;
they shall praise you continually.
Blessed those who find their strength in you,
whose hearts are set on pilgrimage. (Ps 84,4-5)