Family
Parenting
"Permissiveness is a Consequence of the Lack of Authority"
There is no education without authority or authority without love. 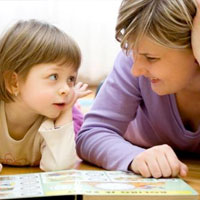 In occasions, frustration, the slackness and the dizzying pace at which parents and teachers are subjected causes lower your guard and "lost" the authority that gives them their condition of educators. At this point, become mere spectators of unbridled development of young people. In the framework of this problematic, was held in Madrid the VII National Congress of Catholic Teachers under the theme "Teaching with authority: in search of the lost reference". Mission spoke to several of the rapporteurs, who showed us what are the keys to a good use of the Authority and answered, among many others, to these issues: is losing the authority?, it is necessary to retake the reins of education?

Today, the idea that authority is the same as authoritarianism is very widespread: "authoritarianism has to do with the imposition of something without seeking the good of the learner, while the authority has to do with freedom, with the search for the good of those who receive the education. Is not running or is imposed, but that 'win'", explained Elda Mary Millán, PHD in Education, to mission. "The result of the exercise of the Authority is based on the love of the Son or the pupil", judgment Millán. However, many parents and teachers have renounced in large part to their authority over their children and pupils, and this is due, among other reasons, that they themselves do not have clear how should be exercised. To this should be added the overprotection to which you are submitting, on many occasions, for the smaller.

A child overprotected and that barely knows the limits is a child who, with security, you will not be able to fully develop as a person.

Juan Jose Javaloyes, doctor in Pedagogic, says that "the permissiveness is a negative consequence of the lack of authority", and insists that "we need to teach children to discern between what is good and what is evil, and between what is true and what is false". The error of the parents lies, in many cases, to seek family peace above all. This attitude can yield benefits at the time, but in the long term, brings very negative consequences. According Javaloyes, "the result of this are spoiled children and immature, without clear moral ideas, without the capacity to endeavor in a continuously and without frustration tolerance". To overcome this difficulty, "The key is to be," says Javaloyes authority. "Parents have no authority, but that, as parents, are an authority for their children. The Authority is a manifestation of love and a form of service. Without the exercise of this you cannot educate".

In the words of José María Career, director of the VII National Congress of Catholic Teachers, "the rules, limits, awards and punishments are indispensable to educate with love". However, in setting standards and limits, there is a need to avoid falling into a trend that can be seen today: the confusion between authority and violence. The violence is very present in society, and often relate both concepts when in any case have to go states. "Many of the violent attitudes that we have their main cause in the lack of authority," says Millán.

The purpose of education is to help the child to grow, as well as the to accompany him and guide him in that growth. Therefore, exercise the authority should be an act of love. Millán ensures that "the child needs people who want it and to tell you about what is right and what is wrong", always with affection. And he adds that, "to feel safe and to be able to make good use of their freedom, you need clear limits".

The education of children is a work that parents and teachers made the hand. Although they are the first who lead the boat, both play a fundamental role, in addition to the grandparents, monitors, and ultimately of all those persons who exercise their authority on the smaller.

The crisis of authority is also patent today in schools and the rest of educational institutions. In occasions, teachers do not seek to educate, but to obtain results. It is necessary that the teacher wants their students to be able to exercise the authority since the love, as well as to make the best of each one. In this regard, Javaloyes judgment that "the educator should influence the students and families so that they may better, not to be like him".

At the same time, when the family does not have the tools necessary to fully develop the educational action, resorts to educators hoping to find in them a support to complement its work. Teachers have an authority which assumes a continuation with respect to that of the parents; therefore, the proper exercise of the authority of the two must go in the same direction. The authority of the fathers is based on what they are, so the best way to educate children is to lead by example. Professor Millán asserts that "the children do not seek in their parents that have many studies, but that will be a model of full life". On the other hand, the authority of the teachers is based on what they are, but also in what they know. Must demonstrate their skills and knowledge to transmit: "It is not enough that the educator has a formation of ten; it must also be good person and have a series of virtues", ensures Millán. As the Pope said St John Paul II: "The school must train the man and not inform you simply".

You will have a good lead if you…
-    Define the rules that must be followed.
-    Leave clear to your children the consequences of not complying with the rules.
-    Provide us before to punish.
-    You see that the punishments are met.
-    Give positive reasons for that learners improve.
-    Give orders with affection.
-    Correct in private.
-    Instruct us things that it is possible to fulfill.

The authority in adolescence

Adolescence is a difficult period in which many parents and educators throw in the towel and decide to wait idly to pass the temporary. On this subject, which is of concern, and much, to parents and teachers, Santiago Sastre, doctor in education, highlights the positive of this stage and insists that we should not let our adolescents to pass through without use this time "so full of possibilities". As a guide for parents and educators, Sastre spoke of the five and necessary for the proper exercise of authority at this stage:

• Understand: knowing what happens in the interior of a teenager.
• Require: something that is key to get the best out of young people.
• Channel: orienting them to believe in themselves.
• Wait: it is necessary to remember that adolescence does not last forever.
• Delivered: adapting to the world and to the times of the adolescents.