We find ourselves facing a firestorm that is apparently global about the biblical plan for sexuality, marriage, and family 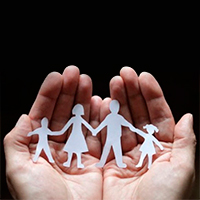 (ZENIT, March 11, 2016).- Here is the fourth Lenten homily given this year by the preacher of the Pontifical Household, Capuchin Father Raniero Cantalamessa.
* * *

MARRIAGE AND FAMILY
in Gaudium et spes and Today