Family
Parenting
On Promises Made to Children
parenting 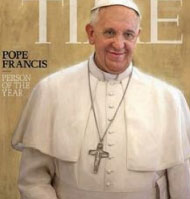 “The point of view of children is the point of view of the Son of God,” Pope Francis said at his general audience on October 14, 2015. And it is by looking “with Jesus’ eyes” at the child that we will understand that “by defending the family, we protect humanity!”

As he opened the audience, Pope Francis briefly asked forgiveness in the name of the Church for any recent scandal before he turned to the day’s topic.

The Holy Father reflected on the promises made to children. He spoke not of those small promises of daily life but rather the promises “which are decisive for their expectations in situations of life, for their trust in dealings with human beings, for their capacity to conceive God’s name as a blessing.” He said that all of the fundamental promises given to a child from his or her parents can be summarized in one word: love. This love “is expressed in acceptance, in care, in closeness, in attention, in trust and in hope.” It is the “most just way” to welcome a child into the world, and the child learns this love “even before being conscious.” Children expect to be loved: “they expect it in a total, confident, vulnerable way.”

The promise to love, from parents to children, is universal, said the pope. When children are not loved, he said, this is “an unbearable scandal, all the more grave when they do not have the means to decipher it. They cannot understand what is happening.” Children trust their parents to love and care for them, and God, the pope said, “watches over these promises from the first instant.” Pope Francis said, “Woe to those who betray their trust, woe! Their trusting abandonment to our promise, which commits us from the first instance, and judges us.”

The Holy Father reflected next on “the tender and mysterious relation of God with children’s souls,” which he said “must never be violated.” He warned parents against presuming to substitute themselves for God. He said that children are “ready to feel loved by God,” even from birth, and that God “wishes” and “protects” His own relationship with a child’s soul. The pope said, “No sooner a child is able to feel that he is loved for himself, he also feels there is a God who loves children.”

Another promise that parents make to children, the Holy Father said, is that while mother and father give themselves to the child, they also give the child to him- or herself. That is what love is, he said, “a spark of God.”

Finally, Pope Francis referred to the Church’s promises to children which occur in Baptism and are entrusted to the parents and the Christian community. He invoked the prayers of Mary, the Holy Mother of Jesus and St. Joseph, the just man, to “make us all capable and worthy of receiving Jesus in every child that God sends on earth.”