I truly had my heart set on it. 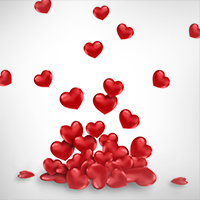 Justin thought he was so sneaky.  I had asked if we could go visit a priest friend of ours to help give me some more perspective on patience.  As much as I didn’t want to admit it, I knew I was being unfair to both myself and Justin.

Justin made a lame excuse why that wouldn’t work to go see Father.  That was my first hint something was off.  And throughout the week, Justin just made some weird comments.
On Saturday, we went to a really cool local park for a picnic.  Although we had gone on picnics several times before, I wondered if today might be THE day.  Justin is typically nonchalant about things.  That day, he kept complaining because there were little kids around.  I kept wondering why this was a big deal.  After all, we’re pro-life.

After finishing lunch, I realized I was wrong and we were not getting engaged that day.  I truly had my heart set on it, so I was trying to brace myself for not being so upset as I had the weekend before.  But my patience was wearing thin.

Then, I saw Justin down on one knee.  I remember thinking I must be imagining things.  Justin said some pretty nice things about me, which I’m sure he practiced in his head a million times.  I was speechless.  He asked again, “Will you be my wife?” as he held out a pretty solitaire diamond ring. All I could say was, “I don’t know what to say.”  Somehow, I don’t think that was the answer he was hoping for!
Finally, I got my bearings enough to tell him yes.  After a bit, we packed up our picnic, and headed to go spread the good news.

Both our families were very excited, but one of Justin’s good friends–a priest ordained less than six months–had the best reaction.  Father’s birthday had been earlier that week, so we called and pretended that’s what had merited the phone call.  After awhile, Justin told Father he had something to tell him.  After Justin told him our exciting news, Father asked, “So soon?”  Two years after we had begun dating, I was didn’t think that was a logical response!