Family
Marriage
When Your Marriage Hits The Boredom Rut
Marriage

After 16 years of marriage Bill and Betty find themselves in the marital doldrums. 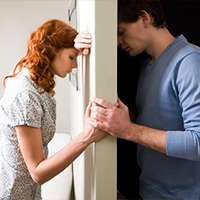 The Dilemma
After 16 years of marriage Bill and Betty find themselves in the marital doldrums. Although neither would say it openly, each feels their marriage has become lackluster and is in a rut. “Boring” was how Bill explained it to his closest friend. Although Bill and Betty have two children who keep them busy, what has characterized their marriage of late is a lot of routine and predictability. Even Bill’s tired joke that Friday night was their night for sex “in order to get it out of the way for the weekend”–a weekend filled with predictability and tedious repetition–was more true than he wanted to admit. It typified the lack of surprise or delight in their relationship.

Boredom started creeping in soon after Bill and Betty began to settle in to married life. Their efforts to provide their family with safety and security had instead created an all-too-patterned life of mostly sheer monotony. They began to treat their marriage as a finished product, rather than as something to cultivate. They then moved to the tasks of buying a house, having children, and advancing their careers, while expecting their marriage to take care of itself.

A Response
Betty and Bill need to recognize that being tiresome or dull is their own doing. Boredom is an emotional state resulting from inactivity or when couples are uninterested in opportunities surrounding them. Bill and Betty dislike uncertainty. Therefore, they work hard to create a life of security for their children and are carefully saving for their future. One might say they are a “risk adverse couple,” but to a fault. They attend the same few restaurants and go to the same place for vacation at around the same time of year. They’ve traded adventure and discovery for safety.

For some couples boredom is accepted as suffering to be endured. Common passive ways to escape boredom are to sleep or daydream. Other couples expend considerable effort and expense to remedy boredom through elaborate entertainment. These are only temporary fixes, however, since boredom is not so much dependent on one’s environment as a lack of imagination. You might say it is actually the person him/herself who is dull.

Typical solutions consist of intentional activities, often something new, since familiarity and repetition can contribute to tedium. Couples can learn a new hobby, take dance lessons, join a book club, cultivate a garden, learn another language, take a course, or go back to school. But that is not all they can do.
They can also get a life! For instance, they can help with the inner city poor or tutor children with reading difficulties. In short, they can get involved in something more important than themselves. They can start taking an ailing grandmother to and from her doctor’s appointments and see if the boredom doesn’t take care of itself. Either way, the solution is to immerse oneself in the world and respond to its many needs.
Early in Betty and Bill’s relationship there may have been the excitement of the chase. Once married, however, couples too often forget the importance of continuing to woo one another. They need to keep the love notes and flowers coming. They need to dress up for each other and to set up date nights. Sadly, many couples, when pressed, acknowledge that they never get away without the children.

Marriage can be a spiritual pathway, but it does not become so without intentionality and effort. Religion can be abused if it excuses boredom as something that just has to be tolerated as essential to the human condition. Acceptance of our human condition also means accepting our ability to imagine and explore new life experiences and to ponder what they mean for us spiritually. Probing God’s ways in our life can be stimulating and provide answers to life’s ultimate questions. God actions throughout history are seldom dull or ordinary. Try reading the Bible for dramatic interventions.

The challenge is not to destroy the relationship over one of the common marriage problems that can so easily be resolved. Even if one has divorced, and a new relationship initially seems exciting, this issue of boredom will eventually creep into any new relationship unless it is addressed. Couples need to re-kindle their love, no matter how buried it may appear. For example, they can switch off the TV and take half an hour to muse over the day together. Send the children to bed or off to grandparents for an overnight and have a candle lit dinner at home. Flood your conversation with things you admire and love about your spouse.