Recognize the first signs of winter taking root in your relationship 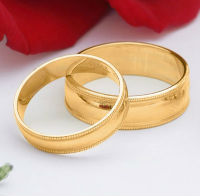 I know that this has been a very rough winter for various parts of the country, with subzero temperatures and record snowfalls in the north, and freezing rains, ice storms and slick roadways in many of the southern states. But here in the Buffalo, NY area where we live, it has been a particularly long and brutal winter.
It began with a record snowstorm in November in which we received over 90 inches (over seven feet) of snow in a three-day period.   Roads were impassable, driving bans were in place and people had to walk to the store to get basic supplies.

Well, we survived that record event but January and February were not much better.   This past February was the coldest February on record for the Buffalo area. Many nights the temperature was less than 10 degrees below zero, and schools were closed because of dangerously low wind chills.
But guess what – spring has finally arrived. The piles of snow are shrinking and we can even see some grass again. There are beginning to be glimpses of rebirth in nature. The sun is higher in the sky and its warmth is evident even during the still chilly March days. The days are getting longer. The chirping of the returning birds can again be heard in the morning. A few early buds are starting to poke through the frozen earth. Subtle signs of renewed life are all around us if only we take the time to look for them.
All of this, it seems to me, coincides rather remarkably with the liturgical seasons of our Church. Lent has been upon us for four weeks now and sometimes it can feel like such a dark, bleak time of year, spiritually speaking, especially if we are trying our best to fast and to refrain from some of our favorite treats or pleasures. (For me, that would be chocolate and sweets.) It’s not easy. Lent can feel like a spiritual winter, long and cold, with the joy of Easter seeming so far away.

But as the natural world around us awakes from the desolate months of winter, so does our spiritual season begin to ever so slowly turn toward the joy of Easter Sunday. We are past the midway point of our Lenten journey. We just celebrated Laetare Sunday, the fourth Sunday in Lent (laetare is Latin for “rejoice”). The priest wore rose-colored vestments to signify the hope that Easter is approaching.
We may still have to pass through the sorrows of Holy Week and Good Friday, but we know that the triumphant joy of Jesus’s Resurrection awaits us on Easter morning.   Just as we will soon again feel the warmth of the sun on a bright May day, when tulips are in full bloom, we will also experience the warmth of the Risen Son of God on Easter morning!

So you may be asking, what does all of this have to do with marriage and family life? Well, I suspect that many of us have felt and experienced a similar seasonal transformation in our marriage relationship at some point throughout the years. Especially for those couples that have been married for as long as Mary Jo and I have been, we have experienced our winter times in which our relationship, for whatever reason, may have sunk to a low point. If spouses are not attentive to each other’s needs and feelings, it is very easy to fall into this cold and lonely place.

The challenge then is to learn to recognize the first signs of winter taking root in your relationship and to take positive steps to dig yourself out as quickly as possible. Pray together and seek out help. Take action and do not let the winter bleakness settle in. We must also trust that God has a plan for your marriage. Sometimes we need to pass through the winter in order to enter a springtime of rebirth in our marriage. God is in control. Just as he controls the seasons, so also does he desire for us to experience the joy of a renewed life in our marriage.