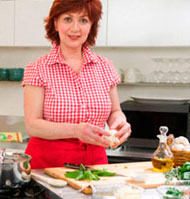 Sara: It’s hard to believe we’ve been married for over a month – it feels like so much has changed, yet everything is exactly as it ought to be.

For the most part, the adjustment to marriage has been pretty painless. Maybe it’s because we’ve only been married for about a month, but I really don’t feel like Justin or I have had difficulty adjusting to marriage or sharing space as I had feared we might. However, we’ve been pretty fortunate, as Justin has had a very flexible work schedule this summer. When school starts in a few weeks, he’ll need to have fairly set hours.
For the past three years, there’s been one thing missing in my apartment : a washer and dryer. I didn’t have washer and dryer hookups in my old apartment, so I was very excited to see them in our new place. I’ve hauled laundry for years – to the laundromat, to friends’ houses, and more. I was ready to do laundry at home.

Justin initially agreed we could purchase a used washer and dryer at a specific price point. Before we got married, I scoured local internet postings to price them. I also looked online at new washers and dryers to have an idea about prices.
The Saturday following our honeymoon, Justin and I went to the hardware store to purchase some items to hang up some of our wedding presents. Since we hadn’t had luck finding a used washer and dryer, I suggested we just look at some new ones. From my earlier price comparisons, I felt like one was really a good price, so we decided to do more research sooner rather than later. Justin was somewhat open to buying new after I suggested spending some unexpected income on them. I also pointed out that by buying new, we’d get a more energy efficient model, which would, over time, help pay for a portion of the cost as we hoped a new washer and dryer would last ten to fifteen years.

We looked at all the stores in town to get educated. We felt like a top loader was the best choice for us because we’ve had several friends who have had trouble with the front loader washers breaking down. I then called my parents for their advice as they had recently purchased a new washer and dryer.
Finally, we drove to Kansas City and looked at one more store. Then, we realized the option in town was best, as they would bring the hardware to connect the washer and dryer when they delivered.
So, after sleeping on the decision, we headed to the store, and finally made the purchase. Following the purchase, we had to wait three weeks for the units to be delivered!
When they arrived, I was so excited for the opportunity to use them. While folding laundry still isn’t one of my favorite tasks, it’s amazing how much less painless laundry is when I can do it in the comfort of my own home!

I was especially appreciative of Justin’s understanding and placing value on what I deemed important through this process. I know a washer and dryer was much more important to me than Justin, and I appreciate that he placed value on it simply because I place value on it. I realize throughout marriage, I need to do the same thing – place value on an object just because it’s important to him, which includes his ability to watch his Alabama football games when possible.
Justin: I told Sara we could get whatever washer she wanted if she did all the laundry, ha ha