Catechism
Part one: The Profession of Faith
IV. Lord
Article 2 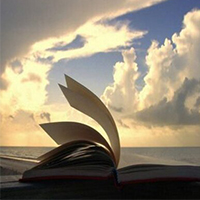 446 In the Greek translation of the Old Testament, the ineffable Hebrew name YHWH, by which God revealed himself to Moses,59 is rendered as Kyrios, "Lord". From then on, "Lord" becomes the more usual name by which to indicate the divinity of Israel's God. the New Testament uses this full sense of the title "Lord" both for the Father and - what is new - for Jesus, who is thereby recognized as God Himself.60

447 Jesus ascribes this title to himself in a veiled way when he disputes with the Pharisees about the meaning of Psalm 110, but also in an explicit way when he addresses his apostles.61 Throughout his public life, he demonstrated his divine sovereignty by works of power over nature, illnesses, demons, death and sin.

448 Very often in the Gospels people address Jesus as "Lord". This title testifies to the respect and trust of those who approach him for help and healing.62 At the prompting of the Holy Spirit, "Lord" expresses the recognition of the divine mystery of Jesus.63 In the encounter with the risen Jesus, this title becomes adoration: "My Lord and my God!" It thus takes on a connotation of love and affection that remains proper to the Christian tradition: "It is the Lord!"64

449 By attributing to Jesus the divine title "Lord", the first confessions of the Church's faith affirm from the beginning that the power, honour and glory due to God the Father are due also to Jesus, because "he was in the form of God",65and the Father manifested the sovereignty of Jesus by raising him from the dead and exalting him into his glory.66

450 From the beginning of Christian history, the assertion of Christ's lordship over the world and over history has implicitly recognized that man should not submit his personal freedom in an absolute manner to any earthly power, but only to God the Father and the Lord Jesus Christ: Caesar is not "the Lord".67"The Church. . . believes that the key, the centre and the purpose of the whole of man's history is to be found in its Lord and Master."68

451 Christian prayer is characterized by the title "Lord", whether in the invitation to prayer ("The Lord be with you"), its conclusion ("through Christ our Lord") or the exclamation full of trust and hope: Maranatha ("Our Lord, come!") or Maranatha ("Come, Lord!") - "Amen Come Lord Jesus!"69