Catechism
Part one: The Profession of Faith
III. Only One Faith
Article 2 We Believe 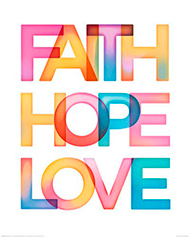