Catechism
Part one: The Profession of Faith
I. The Obedience of Faith
Artice 1. I Believe 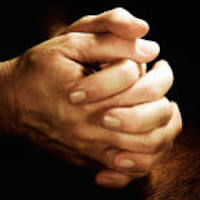 I. The Obedience of Faith

144 To obey (from the Latin ob-audire, to "hear or listen to") in faith is to submit freely to the word that has been heard, because its truth is guaranteed by God, who is Truth itself. Abraham is the model of such obedience offered us by Sacred Scripture. the Virgin Mary is its most perfect embodiment.

Abraham - "father of all who believe"

145 The Letter to the Hebrews, in its great eulogy of the faith of Israel's ancestors, lays special emphasis on Abraham's faith: "By faith, Abraham obeyed when he was called to go out to a place which he was to receive as an inheritance; and he went out, not knowing where he was to go."4 By faith, he lived as a stranger and pilgrim in the promised land.5 By faith, Sarah was given to conceive the son of the promise. and by faith Abraham offered his only son in sacrifice.6

146 Abraham thus fulfils the definition of faith in Hebrews 11:1: "Faith is the assurance of things hoped for, the conviction of things not seen":7 "Abraham believed God, and it was reckoned to him as righteousness."8 Because he was "strong in his faith", Abraham became the "father of all who believe".9

147 The Old Testament is rich in witnesses to this faith. the Letter to the Hebrews proclaims its eulogy of the exemplary faith of the ancestors who "received divine approval".10 Yet "God had foreseen something better for us": the grace of believing in his Son Jesus, "the pioneer and perfecter of our faith".11

Mary - "Blessed is she who believed"

148 The Virgin Mary most perfectly embodies the obedience of faith. By faith Mary welcomes the tidings and promise brought by the angel Gabriel, believing that "with God nothing will be impossible" and so giving her assent: "Behold I am the handmaid of the Lord; let it be [done] to me according to your word."12 Elizabeth greeted her: "Blessed is she who believed that there would be a fulfilment of what was spoken to her from the Lord."13 It is for this faith that all generations have called Mary blessed.14

149 Throughout her life and until her last ordeal15 when Jesus her son died on the cross, Mary's faith never wavered. She never ceased to believe in the fulfilment of God's word. and so the Church venerates in Mary the purest realization of faith.