As a domestic church, remember the Trinity has three parts and so does your marriage: you, Jesus, and your spouse. 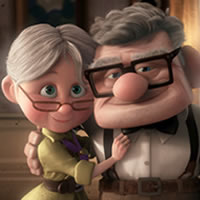 Protestants don’t typically acknowledge any of the Sacraments except for the older denominations. Though they have valid baptisms, which the Church recognizes, they do not participate in the other Sacraments. While their marriages are not sacramental, most Protestants still uphold the traditional view of marriage and treat it as it is biblically – a holy union between a man and a woman.

I enjoy reminding myself that marriage is the domestic church. Most Protestants would not disagree. So while marriage is not a topic I would say that Protestants have a more attractive use and view of, I would like to discuss this important topic because zeal in maintaining a marriage is vital for those who are called to or already part of that vocation.

You can be more involved in the Church through your marriage. There are an unlimited number of resources that a good marriage can bring to the Church. Too many times, we married Catholics look to our priests and reason, “They are involved in something so holy and important, what am I doing?” That’s understandable in our culture today because our culture puts so little emphasis on marriage in the areas that matter, and so great emphasis on marriage in areas that don’t matter. It’s not a good rationalization, especially for the married man or women, but it’s understandable.
A real marriage is observed as a church. Listen to the words of St. Paul.

For the husband is head of his wife just as Christ is head of the church, he himself the savior of the body. (Ephesians 5:23)

One of the few places “Church” (Latin, ekklēsia) appears in relation to Christ in the Bible, this verse sticks out. Together with the word “as” (Latin, hōs) which means “same manner as”, Paul is not merely writing a simile but is writing a graphic image of the reality of marriage, that Christ is the head of the Church and we who are married are as He is to the Church: one. We aren’t separated bodies but are “one flesh”, an image captured in Genesis 2:24, Mark 10:8, Matthew 19:5, 1 Corinthians 6:16, and Ephesians 5:31. As the Church aids in the dispensation of graces, marriage does even more so as a Sacrament.

Along with being an outward side of an inward grace, the very definition of a sacrament, a sacramental marriage is a vast blessing not only to the participants, but to the family, the extended family, and the community.

When a family views their marriage as a domestic church everything changes. Objectives become inter-personal, not subliminal and selfish. You will cook or mow the lawn for different motives than “it needs to be done”. Sex becomes far more enjoyable, as it is used in a way that gives both satisfaction by being pleasure givers and not only pleasure receivers. In fact, sex is the act that reflects the love between the Father and the Son who in their love process the Holy Spirit; when the marriage act is expressed, another person is created. All ways your marriage is expressed will become more invigorated because you are not working and suffering for you but for your spouse.
How does this transformation take place? Put Jesus in the middle of it all!

When we view our marriages with Jesus as the central point of focus we relieve ourselves of the need to feel like we aren’t “good enough” for the other person or that we aim too high in pleasing the other.

I tried that when I got married; I tried becoming the best Christian possible in order for my wife to continue believing I was “such a good Christian” or something to that effect. My wife was a missionary, a singer, and was fully employed in ministry before she moved in order to marry me. Many times I compared myself to her, feeling that as “the head” of my domestic church, I had to be Jesus. That’s a high and noble goal, but that work was already done on the cross. The moment I stopped viewing marriage as “Shaun and Jessica” and put Christ between us, things took an upward turn for the better. As a domestic church, remember the Trinity has three parts and so does your marriage: you, Jesus, and your spouse.