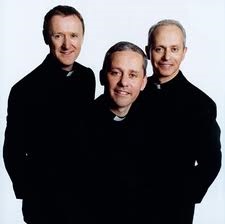 There is widespread misunderstanding about what the liberal arts really are. Sometimes the term “liberal arts” is taken to mean the old seven liberal arts, a tradition of learning that began with Isocrates in the fourth century BC and formed the foundation of all pre-modern education; these arts are grammar, logic, rhetoric, geometry, astronomy, arithmetic, and music. More generally, the phrase “liberal arts” is often used to refer to a group of academic disciplines like history and literature, often called “the humanities”, which are opposed to the natural (and social) sciences on the one hand and to the fine arts on the other. This second way is how the phrase “liberal arts” is used in the mission statements of contemporary universities.

On reflection, one can see a relationship between the two uses of the term, in particular, that the traditional use is wider than the modern one. First, the traditional seven liberal arts do not  exclude the natural sciences; three of the seven (geometry, astronomy, and arithmetic) are now taught at most universities in their natural science departments. Second, the liberal arts in the old sense also imply a study of part of what is now considered the discipline of philosophy; indeed, in most of the anglophone world, the key subdisciplines of philosophy are two of the old liberal arts: logic and grammar, studied under the headings of symbolic logic and philosophy of language. Third, music, one of the traditional liberal arts, is now part of another kind of study, the fine arts, usually taught by a completely different faculty. If the contemporary university and its disciplines can be adequately divided up into liberal arts, natural sciences, and fine arts, then we see at once that the traditional seven liberal arts actually cover aspects of the entire university curriculum.

It should not, then, surprise us to learn that the term artes liberales  was, in antiquity and the Middle Ages, considered to be another term for almost the whole learned curriculum itself. Augustine, in his De doctrina Christian a  (Book II), argued that the artes liberales  are all a preparation for the study of scripture, i.e. theology, and that they lead the mind up through the natural  world to the divine. For Aquinas, the liberal arts are all parts of philosophy, parts of the search for wisdom; indeed, he had already realized something now clear to us: the old seven liberal arts do not adequately di-videup humanity’s search for wisdom (Super Boethium de Trinitate , Q. 5, A. 1). It was only after Aquinas’s time that philosophy slowly became, not the search for wisdom through all branches of learning, but just another academic discipline. “Philosophy” began to be divided up into the separate teaching areas of natural philosophy, ethics, and metaphysics, a dis-integration of the curriculum that went directly against Aquinas’s attempt to treat learning as a whole in his Summa theologiae (see Alasdair MacIntyre, Three Rival Versions of Moral Enquiry: Encyclopedia, Genealogy, Tradition (South Bend, IN: University of Notre Dame Press, 1990), 151-169). The Summa itself was soon chopped apart into separate “treatises”, a movement contrary to the spirit of the original (MacIntyre (referred to in the previous note) makes this point, as does Servais Pinckaers in his The Sources of Christian Ethics, 261-266). At about the same time, the natural sciences began to develop from the emerging discipline of natural philosophy and then later came to form independent disciplines of their own: geometry and arithmetic began as artes liberales  but came to form the independent discipline of mathematics by the time of Galileo (Roger French and Andrew Cunningham document the early stages of this shift in their Before Science: The Invention of the Friars’ Natural Philosophy (Brook eld, VT: Ashgate Publishing, 1996)). And this is just to choose two, albeit important, examples of the fragmentation of knowledge at the closing of the Middle Ages. When the notion of the artes liberales  as the search for wisdom was obscured,  we lost sight of the cornerstone on which the Catholic tradition of education had been built and on which all the disciplines depended to keep them well ordered. To renew Catholic education, we must recover this sense of the whole, this understanding of wisdom. At every period of renewal, the Church has aimed to transform the education of her priests, from Augustine’s program in North Africa to the Carolingian renaissance, from the twelfth century renaissance to the reform of seminaries at Trent and Vatican II.

Those examples of past reforms of priestly education should suggest too that this education can change the entire direction of a culture and a time. The reason for this is that the wisdom at which we aim is not something abstract. It is Christ, who is “the wisdom of God” (1 Cor 1:24), and all our efforts to reach true wisdom are efforts to reach him. And one key part of that wisdom, the importance of which anyone can recognize, is the knowledge of self, our efforts to answer the question “Who am I?” But, even with a question so practical and so personal, we can only come to a true answer by searching for answers to certain other questions, questions on what it means to be a part of creation, on what it means to be a human being, on what our culture can tell us about ourselves, on what our tradition can reveal about our present culture, and on what part each of us has to play in salvation history.

From this perspective, we see all the disciplines, the sciences, the humanities, as well as the concentrated study of the highest natural things in the discipline of philosophy, and the study of those things that are higher than reason in the discipline of theology—we see them all arranged and aimed at revealing us to ourselves and at coming to the knowledge of God. The artes liberales are necessary for us all. From this broad inquiry into self, a program of study has already begun to emerge. Here are its outlines:

1). We study the natural sciences, and their language, mathematics, in order to understand the world at large and those aspects of our- selves that we share with other created things.

2). We study what is distinctive of man in the humanities, everything from history and languages to sociology and art, in order to understand both our own culture and those cultures that are key parts of our tradition, as well as to understand our own individual talents and their place in human society.

a). Because God chose to reveal himself in the ancient Near East and Greco-Roman antiquity, the language, history, thought, art, and practical life of these two milieus have a definitive place in Christian education. Our concepts of everything from divinity to reason, from nature to will, all derive from our roots in those two ancient worlds.

i). Since a culture’s language is the central tool that can allow us to understand a people and see how that people understood themselves, the only way truly to understand the Christian inheritance derived from the ancient Near East and the classical world is to understand them on their own terms, and this is only possible through the study of the languages of those worlds, chief among them Hebrew, Greek, and Latin.

ii). In particular, Greek and Latin deserve study because they have been the principal languages of Christian thought in its formative period and down into the modern world.

3). But none of this can be rightly undertaken without an awareness that ours is a search for wisdom. As such, this search must be guided, first, by divine revelation and reflection on revelation in the discipline of theology, and, second, by the disciplines of the artes liberales; these disciplines must be informed by our understanding of revelation but they must also help us to understand revelation better. Whatever is true in the best of current research will only and its proper place in the wisdom that each one of us seeks, the Logos. It is the task of Catholic intellectuals to show what place such truth has in our wider understanding of the world. For Christians, this is what the artes liberales should be.

That, of all Christians, priests especially should be well versed in these questions and have a reasonable command of the disciplines follows from the nature of the priesthood. The priest knows himself and helps others to know themselves; he knows God and helps others toward that same knowledge; in both of these, he is an alter Christus, but he cannot either know himself and help others to know themselves or know God and help others to know him too, unless he searches for wisdom about the world, about humanity, and about himself. His academic study aims to teach him to be the best that he can be as a discoverer of truth and as a proclaimer of the truth that he has discovered, through his faith and his reason joined together.

Nor should we think that his search for wisdom is somehow impractical or merely intellectual. The  wisdom that we find through an integral formation that has the artes liberals and theology at its summit is precisely the same wisdom that allows us to judge wisely, to act well, to discriminate among times and circumstances, to plan undertakings with prudence, and to bring our tasks to completion in the best way. Even in his apostolate, the priest’s search for wisdom bears much fruit, however limited his time and ability may be: it is not only through intellectuals that the harmony of faith and reason, which our world needs to see, can be made widely known; it is in the fullest way through priests, since a priest brings to the world the good news that the search for wisdom has an answer, Jesus Christ, whose life and perfection are proclaimed and preached every Sunday. This is the priest’s challenge and responsibility.

Our highest good is intellectual, and our search is at root a search for God who is the truth. “Let us seek,” Augustine says, “as if about to find and find as if about to seek the more” (De trinitate  9.1.1: “Sic ergo quaeramus tamquam inventuri; et sic in- veniamus, tamquam quaesituri.”). And, as Blessed Paul VI said at the end of the Second Vatican Council, “Happy are those who, while possessing the truth, search more earnestly for it in order to renew it, to deepen it, and to transmit it to others (Pope Paul VI, “Address to Men of Thought and Science”, Closing of the Second Vatican Ecumenical Council, accessed on January 12, 2015”).”