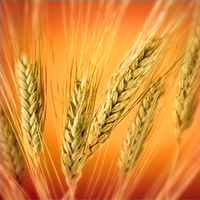 3) Reflection
• This passage contains solemn and crucial words concerning the modality with which the mission of Jesus and of his disciples “produces much fruit”. But in this solemn and central declaration of Jesus; “unless a wheat grain falls into the ground and dies, it remains only a single grain; but if it dies, it yields a large harvest” (v.24), it is inserted in that narrative context of 12, 12-36 where the encounter of Jesus as Messiah with Israel is narrated and the rejection of the Jews of his Messianic proposal. Which are the principal themes that describe the Messianism of Jesus? The Jews expected a Messiah who would be a powerful king, who would continue with the royal style of David and would restore to Israel its glorious past. Instead, Jesus, places in the centre of his Messianism the gift of his life and the possibility given to man to be able to accept God’s project on his life.

• The story of a seed. The gift of his life, as a crucial characteristic of his Messianism, Jesus outlines it with a mini parable. He describes a central and decisive event of his life drawing from the agricultural environment from where he takes the images to render his parables interesting and immediate. It is the story of a seed: a small parable to communicate with the people in a simple and transparent way: a seed begins its course or journey in the dark meander of the earth, where it is suffocated and withers but in the Spring it becomes a green stalk and in the Summer a spike charged with grain. The focal points of the parable are two: the production of much fruit; the finding of eternal life. The seed that breaks through the darkness of earth has been interpreted by the First Fathers of the Church as a symbolical reference to the Incarnation of the Son of God. In the ground it seems that the vital force of the seed is destined to get lost because the seed withers and dies. But then the surprise of nature: in the summer when the spikes turn golden, the profound secret of that death is revealed. Jesus knows that death is becoming imminent, threatens on his person, even though he does not see it as a beast that devours. It is true that it has the characteristics of darkness and of being ripped, but for Jesus it contains the secret force typical of child birth, a mystery of fecundity and of life. In the light of this vision one can understand another expression used by Jesus: “Anyone who loves his life will lose it and anyone who hates his own life in this world will preserve it for eternal life”. Anyone who considers his own life as a cold property to be lived in egoism is like a seed closed in itself and without any perspective of life. On the contrary who “hates his life”, a very sharp Semitic expression to indicate the renunciation of only fulfilling oneself applied to the axis of the meaning of an existence on the donation to others; it is only thus that life becomes creative: it is a source of peace, of happiness and of life. It is the reality of the seed that sprouts. But the reader can also get in the mini parable of Jesus another dimension, that of the “Passover”. Jesus knows that in order to lead humanity to the threshold of divine love he has to go through the dark way of death on the cross. On the trail of this life the disciple also faces his own “hour”, that of death, with the certainty that it will lead to eternal life, that is to say, to full communion with God.