Featured
articles
Don't Give Up, Learn to Fight
How many times have you complained about pain, do you think your pain is insurmountable and you want to be treated as a victim of major disasters? 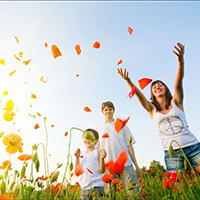 How many times do you think you're defeated because you can't do something you liked anymore, and you think the world falls on you?

You're forgetting that story about the man who in an accident lost one of his arms. He was no longer received at work because of his disability, he came to the brink of despair. But one day, while resting in a park, he saw a lady with a child in her arms. The child with his joy and innocence asks his mother to leave it in the sandstone so he can play. And oh surprise! while the mother deposits it in the sandbox, it is revealed by the blanket that the child lacked both arms. Despite this, he still had the love of his mother and the sincere joy of a child's heart. Seeing all this, the man heard inside him: "The thorns hurt when they are stepped on, not when they kiss".

Now you can realize the depth of human pain, which can make you forget everything and everyone, to make us focus on ourselves. Men, in those circumstances, believe that there is much more that he has lost than all he has left. But not all pains are like that. There are pains that are on offer and pains that make you grow.

Reflect for a moment what would you do if you enjoyed the vitality, the joy you had at your eighteen? You play on a baseball team, you're successful, but one day you start having knee discomfort. You go to the doctor, and find out you have cancer in your knee, and you won't be able to step on the playing field anymore. That's if you have time to live to do it, baseball was your life! Your future was based on it!

Well, ask that young man whom Peter Jackson met during the filming of the King's Return, and who opened his heart to him to hear his longings as a child. Peter decided to help him, as the second dream of his life was to be a filmmaker. As a child, and with the naivety of such, he recorded and wrote the scripts of his wars and rescues that he was so passionate about. Cameron Duncan, that was his name, he wanted to capture in two videos the pain that was going through his soul in those moments. Moments when many others would have thrown in the towel.

After chemotherapy, and recovery time, it seemed that the cancer was leaving him, leaving him yes, but then returning with the force necessary to make the final lunge. In those two months, he made two videos in which, with the professionalism of a director, he left his personal experience of pain imprinted. A jail without a door, from which he could not leave; his bed in the hospital.

The pain endured him, not for personal purposes, but motivated by those who were about to die, because he had no one to donate an organ to them. What a great heart the one who is in agony thinks of the pain of others!

During the filming of the last video, cancer returned. It metastasized. Each day offers more information, until the doctors were in need of their impotence. I tell him what gives us a step of just listening: "We stayed a few days in life", there is no place for anything other than tears.

Cancer consumes him, but with his life he leaves us a testament, so talkative, that teaches us not to be content with what has been achieved; to fight because we have the opportunity, to realize what Fr. Martin Descalzo says: "If our wings are cut off, we can walk. If they cut our legs, we crawl. When the forces do not let us drag, we can smile. And when we cannot smile, because pain overwhelms us, we can dream; and those new wings cannot be taken by anyone, because they are a new way of flying in hope".