Featured
articles
How Are We Looking at The Truth?
In Plato's Dialogues the theme of truth appears over and over again, with a constancy that may surprise. 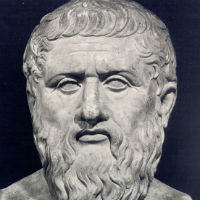 The founder of The Academy elaborated a classification of human beings according to the degree of closeness or remoteness to the truth. What would those degrees be?

The first degree is to know the what and why of things. Not all of them, because it's impossible, but at least those that you care about and that have some importance. This would be the situation of the sages: men and women who have come to understand why the rain falls from the sky, why an eclipse of the sun occurs, or why this medicine causes heals those with such a disease.

The second degree would be that of a certain wisdom, but insufficient, knowing how certain things are but without ever discovering the why of them.

The third grade would lie in those "intelligent ignorant" who recognize that they don't know something and are therefore open to learning. In a sense, this is one of Socrates's greatest contributions: knowing that one does not know something is a much better state than not believing that knowledge is not close to the truth. This type of "intelligent ignorant" also seeks and accepts those people in whom they discover knowledge, those "wise" who are willing to teach.

The fourth degree would be that of those who are ignorant, even of ignorance itself. In a certain sense, the situation is serious, because these people do not recognize their ignorance. Some simply ignore that they do not know, while others arrive, they suppose that they know, they do not know, to the point of acting with strangers that can become dangerous for themselves or for others.

A final degree occurs when a person who knows uses his knowledge to deceive others for more or less unspeakable purposes. Another different situation would occur when someone, without possessing the proper knowledge, has developed a certain skill with which he manages to look wise without being wise. These two situations are harmful not only to oneself (especially in the case of the one who acts without knowing), but above all to others, who can succumb to deception by assuming a knowledge in those who do not have it or in those who consciously deceive.

The classification could be improved, profiled, adjusted with greater or lesser perfection. At the bottom of it we find an important data: not everyone knows, nor does everyone know what they know and what they don't know.

In front of such a situation, how to behave? Platonic responses are not always clear, not least because trusting a sage means being able to recognize him as gifted with knowledge, with which a seemingly insoluble problem arises: how can one he does not know can recognize the connoisseur and trust the same?