Featured
articles
In The Face of Critical Spirits, How to Act?
There are critical spirits that destroy everything they find in their way. 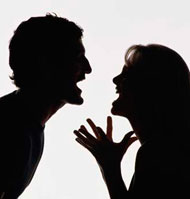