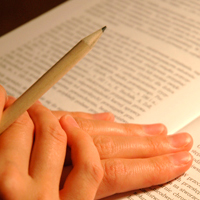 It wasn't the first time, nor the tenth time. It was one of many times that before his eyes came a bland journalistic error. The worst thing is that for many people this seems normal.

What's wrong with saying a 50-year-old is 40? Or make a mistake putting a "yes" on the lips of a politician when he said a resounding and energetic "no"? Or claim once and twice that someone is a former member of such a company when he never worked at it? Or write that the citizens of a country don't want their president because the reporter heard it from a taxi driver, without then collating other sources of information?

Anyone will say that journalists have so much data before them that if they start controlling them one by one, they would never finish a two-hole article. In fact, the Internet today offers a huge facility to verify specific data, so some errors would be easily avoidable with a few minutes of extra time spent checking information, dates, names and places.

Journalism without mistakes certainly sounds utopian. If the reality is complex, if the interests are very contrasting, if there are sympathies and antipathies that lead to exalting some and denigrating others, the journalist does not escape its human condition as a fragile subject, capable of making mistakes on its own and from prejudices own or others. Unfortunately, it's sometimes "wrong" in obeying higher orders, which is one of the greatest betrayals to the very condition of informant called to seek and offer the truth.

Without denying the above, it is also possible a more serious journalism, willing to think about each line before publishing it, more open to the search for informed data, more respectful of the good reputation of people.

That journalism, perhaps, sells little or get slight visitors on the internet pages. But it will be much more appealing to millions of human beings who wish to find honest men and women in the press world, who have set out to thoroughly investigate each data in order to offer some light on issues that interest many.