Featured
articles
Military Technology or Technology of Death?
Human history is marked by that immense effort of military technology. 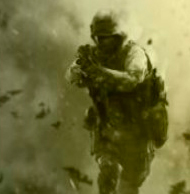 At first, war was simple: stones, sticks, punches, strength, death. The primary goal was to neutralize the enemy, even sometimes until he was finished. Some, to attack and conquer. Others, to defend themselves. But most of the time, the war was sought to end the war as soon as possible and return to peace.

Human intelligence was at the service of the murder effort that characterizes all wars. New "technical" inventions produced "improvements" on how to kill more in less time and with fewer casualties of their own. Spears, arrows, catapults, cannons, shotguns, machine guns, missiles, and atomic bombs.

Every technical "progress" in the military was a change in behavior and tactics. Those who know military history more thoroughly know what it means to move from a type of battle where physical force is the main thing to organize warfare when the most important thing turns out to be the number and type of weaponry. The same defensive systems (walls in the past, radars in the present) adapt to the techniques used by combatants.

Human history is marked by that immense effort of military technology, but, for what? Some say, to defend themselves. Others, to achieve "indispensable" conquests for their own national security, to ensure the supply of food or energy sources, to extend the territory according to infamous doctrines that spoke of "living space".

The result? Battlefields full of thousands of dead, or cities devastated by shelling on civilians. Millions of wounded, refugees fleeing the front line, children abandoned to their fate, of terrified hearts.

At the heart of the long history of wars lies sin, often called injustice, ambition, or hatred. There would be no wars if forgiveness dominated hearts, if greed were contained, if we looked at the other as what it is: brother born from the same love of God and for the same eternal destiny.

But the wounds of evil are still very much alive. Billions of dollars are also invested in military technology today. Today, new ways of killing soldiers or civilians are being sought. Today, there are mutilated and orphaned people. Even today, hunger affects millions of human beings as some companies make money by inventing, producing and selling destructive weapons.

Military technology, seen head-on, is a technology of death. It will remain profitable as long as there are those who seek to destroy and subdue the other by violence. It will succumb, as a dark moment of the past, if we all open our hearts to the message of love and mercy brought by a Master who taught us 2000 years ago that the peaceful and the meek are blessed.