Featured
articles
Promoters of Concordia
Firmly and courageously we build bridges in the midst of differences. 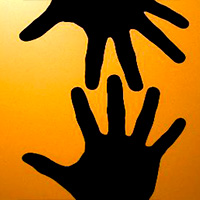 Sometimes, such people come to generate a whirlwind difficult to control, because they get some between "adversaries" respond similarly. The conflict, then, is ready to explode.

Faced with such attitudes and behaviors, other people respond with ideas, sincere and respectful words, gestures of openness and forgiveness, efforts to promote dialogue between the parties involved.

These People are promoters of Concord and peace, amid tensions that sometimes come to the blood, but can be overcome little by little.

These people are sometimes the first victims of the hatred of the radicals of one or the other side, precisely because a violent what fears most is that others open the eyes to the respect and the listening that the promoters of Concordia defend.

In the face of so many situations of hatred, even of violence, more and more promoters of Concord are needed. Because the struggle for struggle and the thirst for vengeance generates enormous damage, while authentic dialogue can overcome differences.

The World in which we live, dramatically, the action of seeders of hatred and promoters of injustices, from which new wars or social divisions are extremely damaging.

With the firmness of truth and the courage of those who build bridges and facilitate listening, hope will arise, because there are promoters of Concord who, amid legitimate differences, seek peace and concord among all.