Featured
articles
States and ethics
Those who argue that a truly pluralistic and neutral state should not assume any ethical vision. 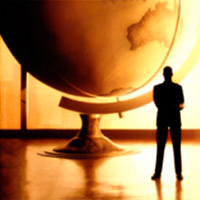 At various times this question has been asked: Can a State which aspires to be democratic to assume as its own a concrete ethical vision, in general, or on some aspects of public life?

The question, formulated in a special way in what we call the West, receives affirmative or negative responses, and different motivations are given for such responses.

An attentive look on the subject leads to an answer that every State, wants it or not, assumes as an organizational criterion a more or less elaborate ethical vision.

Let us think of a case that would seem paradoxical: that of those who argue that a truly pluralistic and neutral State should not assume any ethical vision.

Advocates of such an idea have an ethical criterion for judging the goodness or wickedness of States: whether they adopt specific ethical content or not. In other words: not wanting a concrete ethical vision means wanting the ethical vision that considers it good that a State does not assume ethical visions…

The paradox is overcome by explanations that can be better or worse. For example, the one offered By the American philosopher H.T. Engelhardt, for whom good States assume very generic and low-content ethical criteria while excluding more concrete and partial ethical criteria.

Other authors, especially among politicians, clearly advocate that States need to adopt specific ethical criteria. For example, defending individual liberties. Or, in a rather different view, to take a strong public intervention to promote justice and equality between all.

Discussions on a non-easy issue serve to show that, in substance, no State can dispense with a minimum of ethical criteria. The real problem lies in identifying which are the best among these ethical criteria, to achieve ways of coexistence that tutelary good life for all members of society.