Featured
articles
Policy coherence
In a world full of inconsistencies and deceit, lies and dark maneuvers, finding coherent politicians is not easy. 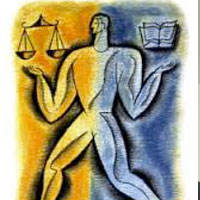 That there is coherence in politics is difficult. In part because there are politicians who claim to defend what they know impossible. In part, because one thing is the ideal projects and a very different reality seen when receiving a specific order.

The difficulties to be coherent in politics do not remove people's desire that what politicians promise during the election campaign will then be respected in parliament, in government or other instances of power.

Because If a voter chooses a candidate or a party he does so with the desire to defend and promote certain ideas and certain programs, and not to then do the opposite of what was promised before the elections.

Moreover, the inconsistencies of not a few politicians generate a great distrust. How do you know what future parliamentarians and rulers will do that was not able, in the past, to respect their promises?

Therefore, the coherence that is expected of politicians (and not only of them) is of enormous importance to generate confidence and respect for those who are called, in theory, to defend not their interests, but the general good.

In a world full of inconsistencies and deceit, lies and dark maneuvers, finding coherent politicians is not easy.

But who really believes in what he proposes and then seeks to do it if elected (we hope, of course, that it is something good), acquires credibility and guarantees people that their votes will be taken into account.

Coherence in politics is, therefore, a basic requirement for respect for those who are most committed to public life. Because He will only be a good candidate for any public office who openly expresses his programs, and then tries to seriously apply the wish of those who voted for them precisely to carry out these programs.