Featured
articles
Behind Statistics and Graphics
Only God knows what's inside every human being. 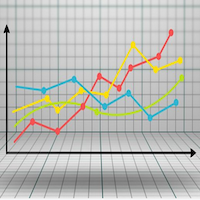 A statistic reports on percentages, trends, rises, and descents. It talks about consumption and health, savings, prices, and rents.

Statistics, charts, tables, surveys, reflect a panorama, open the horizon to general situations. But they can't get to what's going on behind the numbers.

Another statistic reports on the increase in salaries among artisans, but it does not matter what happened to that shoemaker who was ruined by trusting himself to the improvements and requesting a loan to a usurer.

A graphic generates optimism by finding that more and more people have tablets in their homes, but silences the drama of the young person who suffers because of his addiction to online games.

Some numbers speak of the increase in unemployment among architects and other professions, but they are not able to understand that the new stop has begun to devote more time to their children and has improved relations with their neighbors.

In the face of so many numbers, charts, tables, percentages, we think we understand a little better if that country is advancing to welfare or back to being unable to compete in the market. In fact, we will never come up with numbers to touch the intimate experiences of each heart in the face of the changes of the past and the present.

Only God knows what's inside every human being. He sees the hope of those who fight against health problems. He understands the sadness of the one who has invested his life at work and neglected his marriage. It accompanies the one who has been deceived by a false friend and encourages him to resume the tasks of each day.

Perhaps today we will read a new survey explaining how people in such a city live better, while those in another city live worse. Beyond that survey, in these two cities, as in so many others, there are men and women struggling, falling, rising, and needing to discover that God cares about them and that they will only be fully happy following the path of love.