Featured
articles
Written in Third-Person or First-Person?
It seems a generalized, and in many places obligatory: do not use first person in articles, written works or similar texts. 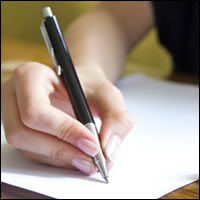 It seems a generalized, and in many places obligatory: do not use first person in articles, written works or similar texts.

Using first person point of view implies that the writer is exposed. "I say, I affirm, I think.”

Third person seems more discreet, even more humble, but it can not seldom become a subterfuge to hide and give appearances of objectivity where there is none.

In addition, those who avoid using first person, place themselves as writers.

In reality, everything we say or write arises from desires, preferences, choices, and opinions. All of those being personal. That is, everything thought or written is born "in first person", although then it is disguised with expressions and formulas "in third person".

As in everything, abusing the first person can seem pedantic or superb, but it is also strange to almost completely omit its use, as if a text fell from an unreal and anonymous world.

Demanding that everything should be written as if it were an anonymous encyclopedia can create an appearance of objectivity, but often hides the intentions and prejudices that give rise to phrases coated with a tone of impersonality.

A text in which the third person gives appearances of objectivity, reflects, in many cases, very subjective ideas, some clearly reductive or ideological, if not involved in the disease of hypocrisy.

On the other hand, those writers who use without fear, but wisely, the first person, know that they are exposed directly in what they say, while at the same time try to make their views clear.

A voice whispers between my keyboard and my screen: "And why don't you use the first person?" Yes, it's time to break the fear, without falling into abuse, to expose yourself and learn to write in the first person.

If I believe something, I don't need to hide under a generic third person. It is sufficient that I reveal my convictions and, from them, I can engage in constructive dialogue with those who have other perspectives and express them, also in first person and with the same confidence as I do.