Featured
articles
This is Ana
Discover what happens to you every time you see pornography. 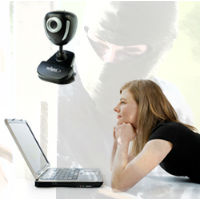 What's more dangerous? The Islamic State or the pornographic industry? In the Holy Scriptures, the Lord is clear about it: "Do not fear those who kill the body, but the soul cannot kill; rather fear him who can destroy the soul and the body in hell."  (Matthew 10, 28)

The Islamic State has by now narrowed its field of action, and while it kills many Christians, those deaths give glory to God, and we have countless new Saints in the Church every day, which are also the seed of new Christians. We do not want to minimize the enormous sacrifice of the dear martyrs, but to put into perspective a danger. Mountaineers say: "the most danger is one that we do not see".

The pornography industry invades as whole cancer. According to what the video says, 85% of men and 50% of women see pornography regularly. When someone is advancing with an army slaughtering people, we all hate each other. But when someone advances with technology slaughtering souls, do we stay so calm?

The video presents the story of the victims of pornography, and clearly, actresses and pornographic actors are great victims of this scourge. Every time a person sees a video or selects a category of videos to see is immediately putting into operation a machine of pimps and criminals who are going out to look for the kind of perversion that "the market requests". That is where human trafficking comes into operation by "swallowing" people in need or who believe that the pornographic industry is glamorous or fun. This level of victims is the most visible: every day they die from an overdose or sexually transmitted diseases many ex-actors or pornographic ex-actresses. And when the degradation destroyed their bodies, the industry discarded them as a user and useless container.

There is a second level of casualties, that is also visible, but only recently are being taken into account. Consumers of pornography, who regularly access pornographic content, are reconfiguring their brains in the same way as an addict. Today neurologists are surprised by something that the Church has been preaching since the early days: the repetition of good acts form virtues, the repetition of bad acts form vices. And the one who gets addicted to pornography has many difficulties. In the first place, because it is already so frequent, that many people do not consider it a problem. Secondly, because, like drugs, pornography causes a "tolerance" effect: more and more "strong" transgressions have to be seen to be aroused. And that feeds back the human trafficking that was pointed out in the preceding paragraph: there is a need for a higher level of perversion for an audience that increases the demand for perverts for an always unmet and growing need. The levels of the moral degradation of those who see pornography increase in each contact.
For every Christian who dies in the Middle East, thousands of Christians stand up and who can overcome their temptations, if we trust in the Communion of the Saints. For every person that sees pornography, many people suffer and many souls that are lost.

The third level of victims is that of family and sentimental relationships. Addicts deny it because they also deny their problem, but this problem is serious. Partner relations are violently resented to pornography. Those who see pornography, even if they see little, have a frighteningly distorted view of human relationships. In pornographic films, men have all their "sexual needs" satisfied with the mere fact of mentioning them. No matter how wicked, if a man asks, the woman "is obliged" to satisfy her desires. I don't know if you see how perverse and sexist this point of view is. Sexuality is a beautiful gift from God, which has its proper expression in marriage, but according to the pornographic industry, it is a right and a prerogative of men. And the women in the films act many times as men, that is to say like the stereotype of a man who presents the pornography: sexual predators. Every time they stop a rapist anywhere in the world, the first thing that is investigated is whether he was a consumer of pornography. A person who habitually consumes pornography is gradually becoming an emotional handicap, a person who cannot give or receive love.

Last but not least, the children of those who see pornography are victims. Today any guy has a lot more understanding of technology than his parents have. They know how to use it better and even take more advantage of it than the parents. The illusion that your vice is "private" is what leads you too often neglect, and leave on the computer, or cellular, or any device traces of their activities. If pornography hurts adults, who want to imagine what it does to a child?

For every Christian who dies in the Middle East, thousands of Christians stand up and who can overcome their temptations, if we trust in the communion of the Saints. For every person that sees pornography, many people suffer and many souls that are lost.  Do you see now that the danger of the pornographic industry is infinitely greater than that of the Islamic State?