Featured
articles
Relativizing the Faith
It is true that relativism is the driving axis of postmodern society, but this does not mean that we should fall into the traps of relativizing the truth. 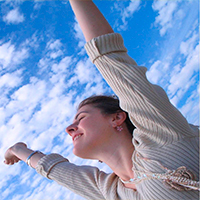 "Everything is relative, nothing is absolute." How many times have we heard this phrase? Above all, to justify certain immoral actions calling for false freedom. In other words, to be able to work "freely" without anyone being able to judge me or point me. That phrase is a contradictory fallacy, but the reality is that postmodernists have appropriated it as a standard to justify their works.

As young people, we are continually exposed to all the different ideologies that have seized our society today. Surely, despite being practicing Catholics we have sometimes reflected on these issues, questioning the role of the Church and our position before them. The complexity of the issues does not lie in what so many call "controversy," but in the manipulation of the media, the global agendas, and the interests of a select number of people. That is why Pope Emeritus Benedict XVI spoke of the dictatorship of relativism, which "recognizes nothing as definitive and leaves only as of the last measure of the self and its desires" (Díez, 2014). In this precisely lies the relativism, in the absorption of the human being, highlighting the human passions as; Lust, power, and greed. All covered under the curtain of relativism, of what for some is accepted as a norm for others is not considered so.

The problem of accepting relativism in our lives lies in the numbness of our consciousness. An example of this begins as follows: As Catholics, we recognize the value of life from the moment the egg is fertilized. Perfect. As a result of this, we oppose abortion. But then, some people begin to raise pseudo arguments to justify abortion and begin to raise different cases. One of them is a 14-year-old girl who was raped and then... in this particular case?... what comes?... We continue to be against abortion or begin to consider other aspects: "It's just a girl" "was a victim" "How will one girl raise another?", etc. So, we begin to relativize the truth, we begin a dialogue often without any foundation and we can fall into phrases like: "Well, if so then if" or death penalty to rapists! Euthanasia? Of course! Especially if the person suffers, surely God will understand. Thus, it begins a spiral of numbness of our consciousness to the truth by falling into the traps of the dictatorship of relativism.

The consequences of this relativism are serious for our spiritual life because we give room to evil and we coexist in an educated manner with him, without noticing the control that we are freely giving him. Pope Francis exposes it this way "the evil one has hidden, comes with his very polite friends, knocks at the door, asks permission, enters and coexists with the man, his daily life and, plays and plays, gives the instructions". The great danger of this is the numbness of our conscience, little by little the evil goes anesthetizing it and then it is much easier to be relativistic and not only that, if not, justify our sins before God with that vision. To avoid falling into this, Pope Benedict XVI leaves us two main antidotes: to extend the limits of our reason through the serious and substantiated reflection of art, science, ethics and above all of the doctrine of the Church. The second antidote is to practice charity, as human beings we can donate freely and kindly to our brothers, this is the beginning of all the Magisterium of the Church and the teachings of Christ: love. Charity is the perfect formula for the self-absorption of man.

Relativism is indeed the driving axis of postmodern society, but this does not mean that we should fall into the traps of relativizing the truth, let us remember that Jesus said: "I am the way, the truth, and The Life" (John 14.6). We cannot allow evil to test our conscience and keep us from the truth, that is why we must always be vigilant and discern the things of God and those that are not so that we can act according to truth and not relativism.