Featured
articles
Not as relativistic as it seems
Relativism has achieved a great diffusion in the modern world, hasn´t it? 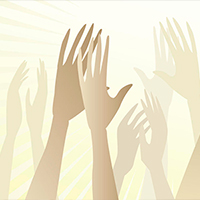 Relativism has achieved great diffusion in the modern world, but it is not as omnipresent as it seems.

Because we continually find people who have very little relativistic. Just listen or read what they defend.

Several examples. A sentence of the judges. Some applaud, others criticize. Many, nor have read the sentence, but have very clear opinions on it.

A demonstration in favor of animals. It is Not discussed (as would a relativistic) whether or not they have dignity. Simply defend them firmly, from clear convictions.

A group of people defends the principles of the Quran. They Do Not See them as contingent, but as an unquestionable truth, valid for yesterday, for today and for the future time.

A complaint against the corruption of politicians. For whistleblowers, corruption is not a debatable ethical idea, but a clear, obvious evil that must always be pursued.

The cast could be much longer. It simply shows how many people and groups are not relativistic about the many topics about talking, approving, condemning, defending or rejecting them.

To point out the foregoing does not mean denying the presence of relativism in many human fields. Many continue to defend that all religions are equal, from the relativistic idea that none can guarantee to be true...

In the face of this pluralism of positions, there is no point in crossing hands. Because If an idea is defended by several (or by many) you have to know how to confront it and discuss it from a question as old as humanity, and dismantling cheap relativisms: That idea, is it true or is it false?