Featured
articles
Can sex addiction be overcome?
Love consists in feeling that the sacred being trembles within the loved one- Plato. 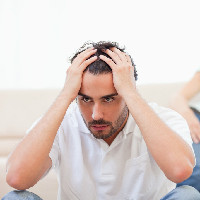 In a recent study on sexual addiction, Patricia Matey began by saying, "Sex addiction is one of the least confessed and visible dependencies of all that exist. However, the number of patients asking for help has increased because of the consequences of their disorder: economic ruin, broken marriages, labor problems, anxiety, and depression".

A sense of concern

When the Catholic Church says you have to be generous, worry about others, or remember the poor, most people listen to you with a distracted air. Few feel questioned.

However, surprisingly, when the church talks about chastity, many tear their garments and say it is a kind of absurd and intolerable repression, a remnant of ancient puritanism and ridiculous anachronisms.

- And why do you think there is such a different reaction to some issues and others?
I don't know. The church is just talking, it's not forcing anything. But it is seen that this subject is deeply disturbed. Perhaps there is something of a bad conscience if they react in such a tense and vehement way.

Always someone pays for it

Sexual incontinence often brings, after the first moments of enjoyment, a heavy impression of dissatisfaction, error, disgust. You know you've done something improper. It's easy for you to feel unhappy, guilty, degraded. Then, over time, you may get to rationalize it somehow and you can forget it, or consider it normal, or even positive, because when sin becomes a habit, its dependence makes it more and more difficult to discern the good and the bad.

When he takes precedence The pleasure of responsibility, There's always a price to pay. Those who think they can get the one and the other They let themselves be deceived Too easily.
Someone, at some point, will have to pay for those moral renunciations. It may be a person with whose innermost feelings you have played; Or an unborn creature who will end his days in a dustbin, doomed because it was the result of a mistake; Or a marriage, and perhaps some children, torn apart by a frivolous and absurd adulterous relationship. Selfishness disguised as a love that has broken a commitment has paved the rights of another or has made some Children in innocent victims.

There's always someone who pays for it. Among other things, because the one who never misses in that chain of heartbreak is oneself.
Tolstoy assured that the man who has known several women for only his pleasure is no longer normal, but someone who will hardly see the woman as an object. It will be a man who will need, to return to normal, a whole process of rehabilitation. A man who will pay a high price for letting himself be seduced by that mask of love.


The most common deceptions

- Many say that no one can dictate what they have to do with their sexuality. That for them is worth everything.
Of course, I'm not going to dictate anything. But it seems to me that this way of speaking is a somewhat crude way of circumventing moral reality.
In any analysis of what should or should not be done, to say that it is worth everything, it is like saying that nothing is worth, because, when speaking like this, all dialogue and all use of intelligence lose its meaning. It doesn't seem like a good approach to talking about values or leading a reasonable life.

Anyway, I think it is an attitude that, like all, you have to try to understand. I do not think that we need to respond to these people with arrogance or contempt, because all these approaches often respond to a personal crisis that is hard to overcome, and the most sensible thing is to express a sincere understanding, and not confront but offer help.

As Carmen Martín Gaite has written, for many sexes is "an attempt to remedy personal isolation, but only project it out of itself. And although at best, it can coincide with the projection outside itself that triggers the isolation of the other, it will always be individuals who, if they share something, is a state of crisis. The most intense crisis you can imagine but at the same time the most insignificant. The same as the waves: chasing, enjoying and then disposing of separately".
These people should understand that ignoring moral law ends sooner or later in serious dislikes. This is reflected brilliantly, for example, in Liv Ullmann's Infidel, which deals with the drama of adultery with some depth. When two people start an adulterous relationship, they think maybe it's like a game for adults. The moral principles disappear. Let's love ourselves to the limit, let's be happy together, let's forget what is good and what is bad, that nothing happens.

However, sooner or later they discover that it does not matter to forget nature and its laws. They wanted to do as they were gods who give themselves their nature and their laws, and it does not take long to see that they have lied to themselves, and ensues the consequent tragedy.

They wanted to play because there were no moral principles, and suddenly that simulation and pretense crumble.
What was a united marriage, a happy daughter, a good friend, ends up undone by the thoughtlessness, by the selfishness of sensuality that blinds and leads to irresponsibility, and even cruelty, to destroy everything. The victims are themselves, their families, that girl who has been used in the adult game, overwhelmed by an emotional whirlwind that rips his life, without understanding well what is his role in that history of disloyalty.

But the models of chastity that have often been presented to us sound like rigor, repression, something old...
As for old, it should be said that relaxation in sexual behavior is much older. The laxity of customs in these subjects is present since very primitive periods, as history attests well.

I agree that it is convenient to break with old and foolish rigorism, or with timorous or shrunken visions of sexuality, but it would not be wise to invoke those errors to justify others of now. It is not about defending ancient puritanism, nor about returning to the Victorian era, nor to the Middle Ages. It is about walking towards the truth about man.
- Other times what you think is that all those ideas you say are very Beautiful, great, but too difficult and that the reality is to take advantage of the few pleasures that today you can enjoy...

That lure you describe has always been presented to man, and not only to seduce him by the pleasures of sex but in many other ways. To put a comparison, it is very similar reasoning to which it is made who falls in the nets of the lie, the alcohol, the game, or the illegal commission.
All disloyalties and infidelities usually begin little by little, with small habits, without violent movements or bankruptcies, without sudden collapses..., but when one wants to realize it is hooked. They are – in the words of Robert McCammon – "Horrible monsters sneaking into the houses, twisted and smiling behind the face of a loved one."

Therefore, in the moments of temptation, you have to raise your gaze a little towards the type of person you want to be, towards the need to reach dominion over your instincts to strengthen your affection and be an honest person.

"Yes, but when you're in those tessituras, you don't usually want to think much about the future," you think about the present...

It is true, and that is almost always the dialectic game of any temptation. Their main endeavor is to prevent you from thinking about the future. Your triumph is to get you to think only of that close pleasure of that moment. Your great achievement is... in short, you don't want to think.

But we know that the quality of a person shows, among other things, that he is also capable of thinking sensibly when the temptation intensifies.
Or that, at least, he can realize that things are not as he sees them when he is under the spell of temptation, but they are as he saw them when he thought lucidly.