Featured
articles
Violence and rights
It will never be right to resort to violence. 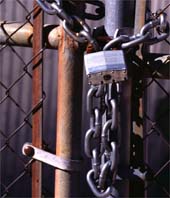 Some rights are fundamental to coexistence. Defending them is an inalienable duty. But it will never be right to resort to violence over innocents under the banner of promoting such rights.

The above seems obvious. However, in the face of savage strikes, in the face of gratuitous violence in demonstrations that claim to promote justice, we see how on behalf of some rights it goes against other rights.

A truly righteous state cannot tolerate any violence on innocents. For the same reason, concrete actions by the police and the judges against violent pickets are necessary, against those who assault workers who have the right not to support a strike, against those who destroy cars or windows of innocent people.

Society has to face so many violent actions that are protected and "justified" in the right to strike, demonstration, protest. Never a good cause should give "rights" to trample on the physical health or property of others.

That is why it causes rabies to observe the impunity of certain aggressive groups, often covered by political parties, social movements, trade unions or journalists, who do nothing to prevent the violence of such groups.

Moreover, if a union or an association wants to promote justice and rights, they must firmly counteract any aggressive behavior, even if it is committed by some of its members or sympathizers.

The best way to overcome so many evils of our time is in the defense of the weak and the marginalized with methods that respect the coexistence of all.

Only then will the promoters of legitimate protest be able to defend the rights of the most vulnerable groups while protecting the public peace and the assets of all those men and women who coexist in the same city and under the same fundamental rights.