Featured
articles
The massification of exhibitionism: in social networks
Some people have discovered that you can go through life without publishing everything that you live. 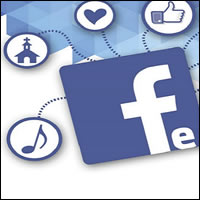 Ran the last days of October 2015 when one of the best known young celebrities of Instagram, the Australian O´Neill, came out of the closet: behind each of his photographs was hiding a story of deceit and addiction: "I've done more than 50 Photos until I got one you might like, then I took years to edit this selfie with a lot of apps just to feel socially accepted by you", he revealed in one of his photos after his exit from the closet. That was not his real-life and therefore announced his decision to leave the famous network of photographs and his YouTube account, although many photos left him between 365 and 1.300 euros. The brands were looking for it to portray "naturally" with their products and she published those images for more than 700,000 followers: ¨to be realistic, I spent most of my life being addicted to social networks, social approval, social status, and my physical appearance. I was consumed by it. How can we realize our talents if we don't stop noticing each other?" he wrote in one of his last posts.

The case of the scene, however, is not an isolated phenomenon but a reflection of the daily reality of thousands of teenagers who on Instagram, Snapchat or Facebook publish most of a supposed life that very seldom coincides with the fact that they play live. The mass publication of all that is done has involved a waiver of the privacy itself that touches on the exhibitionism. The phenomenon comes to scratch in the pathological behavior from the moment when the person becomes addicted to the stimulus that provides the possible reactions in the different social networks ("like", commentaries, re-sends, visualizations, etc.). It goes from an "understandable" age-appropriate posture to a lifestyle that leads people to believe that they are interested in the person who publishes and the content of their publications. In this way, a personality is built based on the image that each one feeds, constructs and projects of himself (thanks to the image alterations that the same applications facilitate).

The phenomenon of the exhibitionist posture, however, already exceeds the ages nubile and extends its comprehensive radio to people in higher stages of life that go by it as believing that all that is lived must be published (with the hidden interest of a digital caress Turned into "like" or the long-awaited three-minute time of addictive relevance you always look for most. Is there not at the bottom of all this a human yearning to be valued, to be important to someone? The pursuit of appreciation is a desire rooted in the heart of man. This valuation begins in the heart: What is the use of taking dozens of photos to achieve the best technically possible if it does not coincide with the identity and habitual way of being of the person who made the effort to appear aesthetically better? At the end of the day, human beings do not fall in love with images but also gestures, words, ways of being and behaving. And that does not make it or the count with more followers of the world. Will not all this be an occasion of reflection for the poses to pass from the artificial to the natural and therefore authentic? Or is it that some people believe that it is possible to live a human life based on cold digital reactions and no "like" that exceeds the limits of the social network?