Featured
articles
Education as a way of news
Are the innovations and changes that are sought in education really good, leading to improvements? 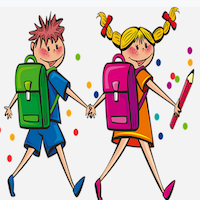 A characteristic of human existence consists of opening to change. Some changes occur in a fortuitous, unforeseen way. Others are produced according to the laws of physics and the natural world. Others are, at least ideally, projected and man-oriented.

Education is placed in the third group of changes: those that arise from the search of a different way of being. What is this way of being? In the acquisition of knowledge, or of ability, or competence, or of other qualities that are thought to improve when educating.

The above may seem too abstract, but it becomes much more affordable when we put any educational activity before us. Here we list some as an example.

A mother teaches her little boy to speak. The child still does not dominate the language, perhaps lacks self-control in the movements of the mouth, the tongue. But the mother knows that word by word, phrase by phrase, is possible for her son to acquire something new: the ability to understand others and to express themselves.

A child goes to school. It finds before it programs, classrooms, professors, companions, books, electronic instruments. Their parents, their teachers, society, expect them to progress, to acquire knowledge and skills, to change for the better.

A young person (or an adult) reads a book, consults Internet pages, asks for an appointment to solve a problem or to respond to intellectual doubt. From the same interior, he becomes a protagonist of his education, welcoming and accommodating what others offer.

The list could be much broader, as it should include not only the intellectual dimensions but also what is concerned with manual practices, professional skills, even rules of conduct and ethics. The human being is open, continually, to receive influxes from the outside and to move towards what is seen as an improvement.

In each one of these events, with greater or lesser consciousness, lies a way of conceiving human existence, according to which we are open to changes, to processes, to novelties, which are usually oriented towards what is seen as an improvement.

The questions arise immediately: are the novelties and changes that are sought in education good, leading to improvements? According to what criterion it is indicated that it is better to know this and it is worse not to know it? And with the word "This" you can include an almost endless list of content and skills.

Answering these questions is not easy, and some of the answers are very different from one another, even in a counter-pose. But what is undeniable is the fact that every educational act implies embarking on a path aimed at achieving something new, different, considered "better", in whom it is educated.