Featured
articles
Is there hope for young people?
At the days of World Youth Day (WYD) in Krakow, there is still much to ponder. 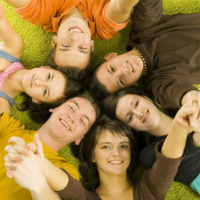 At the days of World Youth Day (WYD) in Krakow, there is still much to ponder. The traditional media coverage remained, as expected, in the anecdote, in the descriptive and the "news": that if the pope slipped, that if they were many or few, that if they shouted or not, that Francis said or did not say such or that thing and failed to understand the foundation to. The worst thing is they don't understand that they don't understand. And the Catholic media have lacked the time and resources to try to get and transmit all the benefits of these exceptional days.

I do not intend to have the key to a full interpretation of this event. I think, yes, I must contribute to my grain of sand. I believe that all readers and communicators must make an effort to help clarify, from different readings, Peter's message to the mystical body of Christ. As well as finding the concrete modes as these teachings should be applied. I also believe that it requires more than an article and that many articles and a lot of debate are required to understand what this WYD asks of us all, young and not so young.

First, why the youth? The question seems idle. Because there's the future. Because of them, it depends on the future of the world and the church. Why, even if we don't tell them, we need them. Much. But this goes far beyond a mere reckoning of conveniences. Young people, because they deserve and need full hope. One that neither the world nor the money nor the technology is giving them.

The world is telling them to be happy. And at the same time, it is accepting that in many countries 50% of young people are unemployed. They tell them to enjoy their youth and enjoy their sexuality but proposing them at the same time that they do not enjoy one of the fruits of sexual love, which is to form a family and enjoy their children, their motherhood and their paternity. Economic conditions that make it difficult for young people to have family and social pressure that makes them afraid to have children.

A world that proposes to them economic success like the great goal, and offers them a mediocre education that, according to the studies commissioned by the OECD and the Forum of Davós, makes that many graduates of the universities and technical schools in the developed countries and DESA Intermediate development, do not have the capacities required by their employers. A world that offers you pleasure at the expense of your health. Of these and other ways proposes a situation that can only promote despair. It proposes personal well-being as well as the economy and puts obstacles to reach it. It is not surprising the high rates of suicide, alcoholism and other ills among young people, and to a greater extent in highly developed countries.

In the face of all this despair, the solution of the world boils down to saying: "Take advantage now as much as you can, because there is nothing else. When you're old, you won't be able to take advantage of what I offer. And when you die, it'll all be over. Be realistic. That's life. It stinks, but that's it. " And the logical, normal reaction is the sadness, the Abulia, the "comfort of the couch", of which Pope Francis spoke. And you can't blame them. This world that the adults built, leaves no other way for many young people. And, by the way, many not so young.

The message of Pope Francis, in my opinion, can be read differently. It was and still is a song to hope. He said, there are other possible realities. There are other ways to see life. And there is a hope that does not fail, that lasts. That gives meaning to everything because this is not all there is.

The Pope did not come to scold the young, to deplore their failures. Nor did he come to condone the facts of those who live looking for a joy that does not last, that does not come and that, often, obsess them. The Pope came to tell you, "We love you. We believe in you. We need them. They're important. We have heard his suffering and we know that this does not have to be so" in short, the pope comes to propose other priorities to young people and to all who are willing to listen. Because there's a big issue. Money's not bad. Success is not bad. The pleasure is not bad. Loving ourselves is not bad. The bad thing is to give them the highest priority so that we end up putting them in the first place. And end up worshipping money, success, pleasure or us. Making them our God and sacrificing our lives to reach those priorities that the world presents to us.

This shift in priorities was proposed to young people in many ways. As a possible, joyful, enjoyable, achievable change. Very desirable. And, as far as my limited understanding is, it takes a few more articles and a lot of participation from all of us, the mystical body of Christ to understand and propose how to apply other priorities. That the pope can't do everything alone.