Featured
articles
He told them we were in the 5th Sun of the Aztec calendar and they believed it!
We're meant to believe. 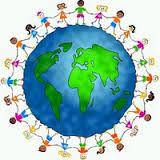 This summer I went to visit the "City of the Gods" (Teotihuacán) with a group of teenagers from all over the country. We organize a rally for all the pyramids and the park. It was very well organized and funnier to see them taking with a mouse (which were provided) investigating data from the pyramids and dancing the Macarena with European tourists.

But what impressed me the most was the pretending to be doing an "energy ceremony" at the tip of the Temple of the Sun. A boy from Cancun started whispering in a low voice chanting chants ritualistic. The other guys agreed to join little by little to generate confidence in the people. In a few minutes, there were about 25 people in a circle listening to this guru. He began to tell them to release the bad energy of their bodies by taking advantage of the energy of the pyramids. And everyone raised their hands in unison. Then he told them to approach the highest stone in the pyramid and touch it with all the positive energy. And, all without fail they knelt to touch the stone with a face so fervent that it was hard not to show a giggle. And, finally, he told them that they could stay there taking advantage of the energy that was a very special moment since we were in the fifth Sun of the Aztec calendar. And, with this last comment, three doubtful or timid people joined the energy reception.

I must say that the whole group had a person who did it as a joke, laughing and turning his partner who was recording everything. Excluding this exception, other people looked pretty into the "Rite of energy." And, seeing more than twenty people so involved in something invented 10 minutes before is something I've never seen before.

I was very surprised but also left me thinking about the value and the intrinsic need of every human being to believe. We're meant to believe. Today you hear a lot about energy. There are several types of energy. But it is a concept and a rather mysterious reality for us. Electricity is energy, fire contains energy and our bodies are also loaded with energy. And, it seems that in a society as pagan (as today) seeks to satisfy this desire to believe with a mysterious reality that we know exists and "is there" but we do not know exactly what it is. Every society has its beliefs, every human being believes in something.

José María Cabodevilla says it with a pinch of humor in his book, "The giraffe has very high ideas: For a Christian theory of humor":

I told him no one doesn't believe in something. In short, everything is faith. Science itself, what else is it? The scientist believes in the laws of nature, in the accuracy of his analyses, in the ability of intelligence to discover the truth. Although it seems a countersense, the sciences are built with more candor than rigor. You start with an act of faith, you start believing in the testimony of the senses, and you end up in the elaboration of a creed. What is the difference between religious believers and non-believers? Some belief what they don't see, others think they see. One and the other believe equally, although in different and sometimes contrary things. They are all believers in the sense that we could also say that all men, both the rich and the poor, are poor, for they are all indigent and mortal. We all believe so much more than we know.

Today faith is regarded as a consolation for the weak or the ignorant. A belief does not have the same level of importance as a scientific theory or a mathematical operation. However, by the same experience today we can see that there are people who give their lives for a belief but no one has died for a scientific theory or mathematical operation.

Believing is knowing without seeing. To know is to "see" personally. If some students are smoking in secret and a friend arrives running and tells them that the teacher is coming, they immediately turn off the cigars and hide them. Nobody saw the professor but they believed the friend. We don't know for certain if Napoleon existed because we didn't see him. We believe that it existed, and we believe based on studies made by professionals and historians. But we don't know. Or, when we get on a plane we don't know how it works, we don't know if the captain is called as he said, we don't even take out a compass to ensure the direction of the airplane. We are blindly confident in the airline and the captain that we will arrive at our destination.

Therefore, we are made to believe. You can't believe it. The Important thing is to know who to believe that there we play everything. Because as Chesterton wisely said, "When men stop believing in God, they don't believe in nothing; they believe in anything"