Featured
articles
We don't get to be alone with our thoughts
A devastating study shows that there are people who prefer to withstand electric shocks rather than think. 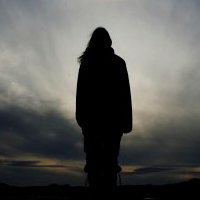 A devastating study shows that there are people who prefer to withstand electric shocks rather than think.

In such a way people have become accustomed to be "online", which is no longer able to think alone.

To tune in with the world around you and think of the past or imagine the future is, as far as we know, an exclusively human trait; It's an integral part of what makes us human.

But in a recent study, a group of people were asked to spend a few minutes alone with their thoughts and the experience was so unpleasant to many of them, who preferred to receive electric shocks.

They conducted six experiments where they asked university students to spend between six and fifteen minutes in an empty room with their own thoughts, without cell phones, books or distractions.

More than half, 57.5%, indicated that it was difficult to concentrate, 89% admitted that their mind roamed at least a little, and 49.3% indicated that they did not enjoy too much of the experience. To make sure that the lab environment was not the problem, the researchers asked college students to spend time locked up with their thoughts in their own homes.

Almost one third, 32%, admitted that they were unable to meet the requirements of the experiment and that in the end they began to check their cell phones or listen to music.

The problem didn't turn out to be exclusive to college students.

The researchers counted with participants from a local church and agricultural market, between 18 and 77 years and the results were maintained.

But to what level were they unpleasant to be alone with their thoughts?

To find out, researchers gave study participants the same instructions, spending time alone with their thoughts, but before the experiment, they were asked to rate certain positive stimuli (a series of photographs attractive) and negative stimuli (small electric shocks).

Some of them claimed that they would pay money in order to avoid unpleasant electrical shocks. However, and surprisingly, during the time of thinking, people preferred to receive electric shocks instead of staying alone with their thoughts for 15 minutes.

"It is striking that simply being alone with your own thoughts for 15 minutes is so unpleasant that it leads many participants to administer electric shocks that they had previously said they would pay to avoid", said the researchers.