Featured
articles
Thanksgiving day
The importance of being thankful, both to God and to others 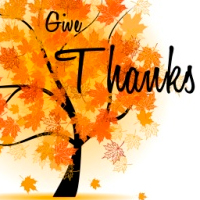 Día de Gracias, known in Spanish as thanksgiving day and in French as Jour de l'action de grâce, is a traditional celebration, both in the United States and in Canada.

In the United States it was originally held on the last Thursday of November, although it is currently the fourth Thursday in November. In Canada it is held on the second Monday in October.

Although originally this celebration was of a religious nature, in our days it is considered as a secular festivity.

From 1621 to 1863 was held on different dates and was always a religious celebration, but it was president Lincoln who decreed the national holiday in 1789, in the midst of the civil war. Some governors of different states of the country considered that the decree of Lincoln interfered with the religious character of the festivity.

Thanksgiving Day has its origins in Europe. Due to the religious persecutions that took place in the XVII century, many people from England and Germany fled to the Netherlands, and from there they emigrated to the United States.

Although the origin of Thanksgiving is not yet confirmed, the most accepted version is that immigrants arrived in Plymouth, Massachusetts, in 1621. But there is another version that holds that the first celebration was made in 1598 in Texas by Spanish explorers from Mexico. And a third version says that the first Thanksgiving was held in San Augustin, Florida, on September 8, 1565 by the Spaniards.

But focusing on the celebration of English and German immigrants in 1621 in what the city of Plymouth is now, the celebration was to thank God for the good harvest, just as they had previously celebrated in their home countries. But because the 102 immigrants who formed the first community did not have enough resources, it was the natives of the Wampanoag tribe who contributed with them, giving them seeds and teaching them to fish, and also helping them to survive the crude winter.

The immigrants, in gratitude for the help they received, invited 90 Indians, who also carried the food: Turkey, duck, shellfish, white bread, corn bread and vegetables.

The tradition in the United States

In the United States, the festivities are celebrated with family gatherings in the homes, where a banquet is held. The main course consists of a large roasted turkey or baked, accompanied with a filling made of corn bread. Also accompanied with jelly or red cranberry sauce and vegetables, such as green beans or beans, sweet potato such as sweet potato or sweet potato, and mashed potatoes with gravy made with turkey juice and dessert apple pie.

It gives the impression that currently the objective of this festival is only to celebrate family gatherings that happen on this date, where if something should thank God is for having created the turkey, or perhaps to thank the turkey for existing.

But God is not invited to dinner, although He will surely be knocking at the door of all homes even if he has not been invited.

But the most important of this date is the emphasis that has been placed over the years on the importance of being grateful, both to God and to others, which is a vital element in our lives as Christians. Let us never miss the gratitude in our lives, as the Word of God tells us: