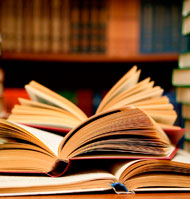 Among the many proposals that circulate in our day, one argues that it is not worth discussing theories, ideas, dogmas, truths, to facilitate the collaboration of people in projects that improve land existence.

This proposal assumes, on the one hand, that the world of ideas and dogmas generates sometimes dangerous arguments, which do not lead to improvements in people, which even provoke wars and hatred in human history.

On another hand, this proposal believes that without confronting ideas between each other, it would be possible to establish effective ways of collaborating, for example, in combating hunger, eliminating injustices, encouraging the welcome of emigrants.

If we look at the subject further, we will recognize that the previous proposal lacks serious errors and a negligible danger. Because no one acts without being convinced that what it does is worthwhile; And because truths are inalienable even for those who despise them.

It is not here to evoke or imitate any of Chesterton's many paradoxes. What is needed is to recognize that those who argue that without ideas and with pure feelings would live better and without conflict do so because it has an antidogmatic dogma, which is an astonishing paradox.

Therefore, when we find a Muslim and a Christian, atheistic and an atheist, a liberal and a statist, who discuss in depth their principles, dogmas, budgets, we should feel admiration to see how they confront in the specifics of their humanity: The ability to think.

While a part of the modern world has built a rationalist dogma according to which empirical science would one day come to explain everything, another part of that same modern world despises dogmatic, philosophical, theological discussions, from a vague Humanitarianism, a confusing sentimentality, or a naïve dream to put aside the truth as if it improved human relations.

To overcome such an error, it is necessary to recognize that human beings need to confront us about our ideas, especially when they are more different from one another. Because only then will it be possible to overcome what may be hurt by errors or deceits, and move towards the only thing that allows improving human actions at the personal and community level: the rapprochement to the truth.