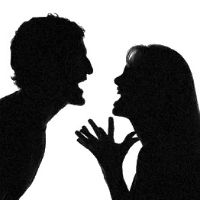 This does not mean forgetting that the ideas have their origin and their defenders in specific people, sometimes grouped as if they were players of a football team.