Featured
articles
Dignified salary
The fair wage is the legitimate fruit of work. 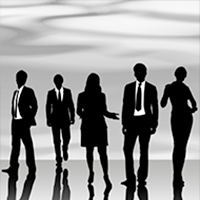 What is the difference between work and employment?

The work implies a productive activity that builds, forms and is a personal and communitarian contribution, the employment is the same, only there is a difference, the employee is paid and the work not necessarily.

Unfortunately, the difficulty of differentiating one term from another is that the work experience is almost all, but that of a dignified wage no, in some cases the salary is so poor that it seems that it does not exist.

According to the Center for Multidisciplinary Analysis (CAM) of the UNAM, in his research on the loss of wages in Mexican workers on December 15, 2015, a worker in 1987 needed to work 8.3 hrs to buy the basic basket, however, today needs to work almost 52 hours, this is 2.1 days in a row to buy the same basket.

The Indispensable Labor Basket (ILB) has gone from $6.86 to $453.68, that is to say, the purchasing power has been lost to 83.62%. It should be clarified that the ILB represents the price of a weighted basket, daily use and consumption, for a working family of 4 people (2 adults, a young person, and a child, basket integrated by 35 goods and services, 27 food, 3 personal grooming products and home, Transport (metro, MetroBus or minibus), electric power, gas, and water, indicates the investigation.

Given the unconstitutionality of the minimum wage, as the legislators call it, several voices are calling, demanding and clamoring for a change in the designation of the value of the minimum wage whose price is not able to solve the material needs, Social and cultural, to provide compulsory education for children as dictated by article 123 of the Political Constitution of the United States of Mexico.

With the de-indexation of the minimum salary to fines and ordinary payments that was approved by the Chamber of Deputies, progress is made in the possibility of increasing the salary, since one of the reasons for not doing so is that its relationship with various issues would increase prices and fines and higher inflation.

Increase productivity is undoubtedly the most used thesis to grant the possibility of the minimum wage increase, however, in the last 40 years the flow of capital has increased, the workers work longer, but the salary loses capacity, as the CAM shows it. It seems then, that greater productivity has not led to better salaries.

The solution is not simple, but it is not tolerable that it remains excluded from the complicity of an economy that kills. Pope Francis warns that it is not permissible to accept an economic model that excludes and is a source of inequality.

The Compendium of the Social Doctrine of the Church considers that to protect the "... Relationship between family and work, an important element to be appreciated and safeguarded is the family wage, that is to say, a sufficient salary that allows to maintain and to live dignified the family" (DSI, 250). On the other hand, it indicates that "remuneration is the most important instrument for practicing justice in labor relations. The fair wage is the legitimate fruit of labor" (DSI, 302).

To abandon a discussion would be to find ways to improve the wages of the most unprotected workers, which is to close the door to a right that has been snatched by lack of skill or frank greed.

The workers in 2015 and for many years ago, not having a salary according to their primary needs must, according to the UNAM report, look for a double job, even in precarious conditions, more than one member of the family should go out to work, resorting to the informal market and emigrating to another region of the country or abroad.

This reality generates major problems such as disintegrating the social fabric by a weakness in the family structure, an informal market that does not pay taxes and communities abandoned by the need to look for work that many times becomes an opportunity for labor exploitation.

For this reason, the issue of the increase of the minimum wage and wages, in general, becomes a national priority that should not necessarily result in the loss of ones for the benefit of others, but in prioritizing the conditions of equality of the workers who spend an important part of their lives in their work and thereby promote the development of their families and hence their communities.