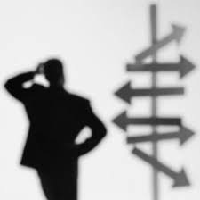 One of the typical efforts of ideological dictatorships is to write and impose history narratives that become obligatory norms and rules.

This happens when someone thinks that history should endorse certain approaches and oppose others. Of course, the totalitarian ideologue will establish which approaches would be correct according to his mentality.

When It is acted upon, the craft of the historian is reduced to that of a servant of the totalitarian rulers, some of them dressed as Democrats because through the votes they dominate parliaments and organs of power.

In reality, history is a discipline that seeks to understand the past from documents and with serious methods. Naturally, one historian will have a perspective and another will have a different perspective, but if they are honest they won't close the door to further research.

What is wrong is to impose the perspective of one against that of others, even with approaches that impede any effort to recognize the successes and errors that may be found in different tendencies.

So people need to recognize the great harm that ideological dictators cause if they come to silence stories contrary to their budgets and if they seek to impose with repressive laws their views.

Because They act thus those who have fallen into a grave error, common not only to terrible dictators of the past and the present but to many who declare themselves Democrats when they should be seen as demagogues: The mistake of forgetting justice as a basic criterion of social life.

Only with people who love justice will it be possible not only to denounce ideological dictators in their tax and antihistorical projects but to promote a healthy pluralism when it comes to studying and understanding the past, with its lights and shadows, with its greatness and Their miseries.