Featured
articles
Catholic physicians and the supposed therapeutic use of marijuana
You cannot give a patient a conglomerate of products in any way just because mean propaganda says it from the various communicative watchtowers. 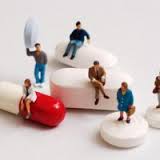 After the appearance of the magnificent article of the secretary General of the FIAMC (International Federation of Associations of Catholic physicians) on the difficult medical use of marijuana, we have received numerous comments and valuable contributions from physicians of Different parts of the world. The FIAMC will organize in March in Barcelona a day on marijuana as bad in itself and as Trojan Horse of other problems, especially in young people.

From the moral point of view, it seems that the therapeutic use of the marijuana plant would only be acceptable in case of having no other alternative within reach. In the West, this means that only on a deserted island... In the same way that rum (alcohol) could be used as an anesthetic in the absence of any drug in an emergency surgical intervention on the same desert island.

Good medicine and good pharmacy tell us today that the plants need to extract and study their active products. Each active ingredient is extracted or synthesized and every one of its properties is studied. If it meets the pharmacological requirements, it will be transformed into medicine with its indications, contraindications, side effects, dosage, etc. It is not possible to give a sick person a conglomerate of products in any way just because mean propaganda says it from the various communicative watchtowers. The uncritical acceptance of a drug by so many media that are considered professional constitutes a public health problem.

Italian Catholic Physicians (AMCI) have already spoken out against a larval liberalization of cannabis. It seems that some are committed to their legalization or popularization with the excuse of their therapeutic use. It would be a shortcut to the world's most consumed illicit substance. It seems that 4% of the world's population takes it with "recreational" use.

There's no need to be naïve in the case of drugs. The volume of business they represent ensures their mass advertising by all means: Word of mouth, cinema, literature, electoral propaganda, attempts to legalize as a therapeutic product.

Today we do not doubt that the marijuana format in the bad brain until 25 years of age. Beyond this age, its intake causes acute intoxications with great risk to health.

This drug modifies the maturation of the adolescent's brain, changes personality and ability to make decisions. It produces attention deficit and alters memory and learning. It affects the correct interpretation of reality, motivation, judgment, and self-control. It produces traffic accidents, brawls, and labor casualties.