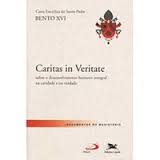 An important aspect of the correct human development lies in the opening of human activities to the dimension of the universal. So in recent years various scholars, and also the popes, have warned of the danger of "excessive sectoralization of knowledge," which would alienate thinkers from the metaphysical perspective in which you get a vision of the whole valid to improve life Human (cf. Benedict XVI, "Caritas in Veritate" N. 31).

Another important aspect for a correct economic development lies in what Benedict XVI calls "principle of gratuitousness" and "Logic of Don", which allow promoting a fraternity (a subject to which also Pope Francis gives a special relief in his teachings) in which The demands of charity and truth are United (cf. "Caritas in Veritate" N. 36).

The collaborative dimensions serve to frame the dialectic between rights and duties. As Pope Ratzinger emphasized, exaggerating the perspective of rights can undermine the attention to duties, with damage to human relations and, ultimately, in the same development of people and Societies ("Caritas in Veritate" N. 43).

One of the most concrete and beautiful areas of human collaboration is in family and marriage, in which generations come together from love and with ties that allow recognizing the centrality of people. That is why, Pope Benedict recalled, States must help families with adequate policies, recognizing the value of marriage and helping families with economic problems ("Caritas in Veritate" N. 44).

Another area goes beyond the simple human relations to open to the attention to the environment in which our existence is developed, which has been strongly underlined in the encyclical "Laudato si" of Pope Francis.

A deterministic-type vision, which denies the relationship between man and God, can lead to a loss of the sense of responsibility towards the created world. Instead, a correct view of the importance of the human being avoids the extremes of disorderly exploitation and unhealthy respect for the environment, seeking that kind of culture that promotes what Benedict XVI called "Intergenerational Justice" (" Caritas in Veritate "N. 48).

"The Book of Nature is one and indivisible, both concerning life, sexuality, marriage, family, social relations, in a word, integral human development. The duties we have with the environment are related to those we have for the person considered in itself and their relationship with others "(" Caritas in Veritate "N. 51).

We live, therefore, in relation: With the others, with the environment, open to the future. That is why "the development of peoples depends above all on being recognized as part of a single-family, which collaborates with true communion and is composed of beings who do not live simply next to each other" ("Caritas in Veritate" N. 53).